Fire At Godown In Mumbai's Ghatkopar, 4 Fire Engines At Spot

Footage from the scene showed a massive plume of smoke filling the sky, with huge flames coming out from the roof of the building. 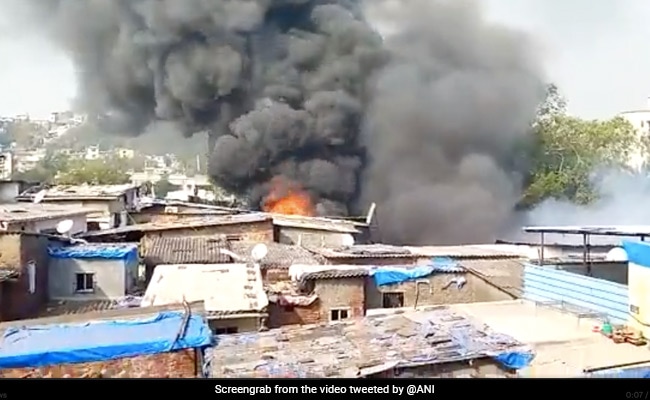 A massive fire was reported at a godown in Ghatkopar area of Mumbai on Monday morning, but there was no report of any casualty, civic officials said.

The blaze erupted around 10.30 am in the shop located at D'Silva Compound in Sunder Baug area of Asalfa locality, news agency PTI reported quoting officials.

At least four fire engines and water tankers were rushed to the spot, a civic official said, adding that fire fighting is still on.

"There was no report of injury to anyone," the official said.

Police and ward staff reached the spot after being alerted and ambulances were also rushed there, he said.

The cause of the fire was yet to be ascertained, he said.