Activist Arati Chauhan said dogs and birds had been left a bright blue after swimming in the contaminated river. 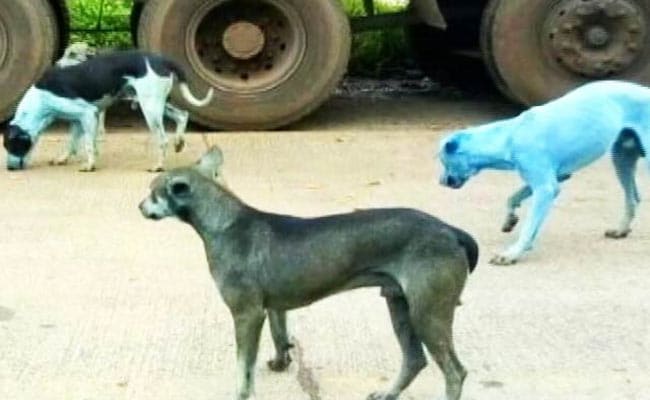 Officials were also monitoring the health of the canines

Mumbai: A factory in Mumbai accused of dumping dye into a river where several dogs turned blue has been shut down, an official said on Tuesday, after alarming pictures emerged of the brightly-coloured canines.

An animal activist spotted the blue dogs wandering the streets of Mumbai near an industrial zone where factories had been accused of pouring untreated chemicals directly into the Kasadi river.

Arati Chauhan said dogs and birds had been left a bright blue after swimming in the contaminated river.

"We managed to take one dog for treatment as it was suffering with eye infection," Arati Chauhan, head of the Navi Mumbai Animal Protection Cell, told AFP.

"The bizzare incident brought to the forefront the dangers posed by these firms which fail to comply with environmental norms."

Ms Chauhan wrote to the Maharashtra Pollution Control Board, a state body, to complain, and posted images of the dyed dogs online.

The board intervened, shutting down the factory for breaching laws on waste disposal, after pictures of the egg-shell blue dogs went viral online.

"We have shut down the erring firm after it was found they were flouting norms and endangering animals in the vicinity," Jayant Hajare, the board's sub-regional officer said.

Promoted
Listen to the latest songs, only on JioSaavn.com
Officials were also monitoring the health of the canines, Ms Hajare added.