Mumbai-Delhi Rajdhani To Speed Up, Have Additional Halt From January 9 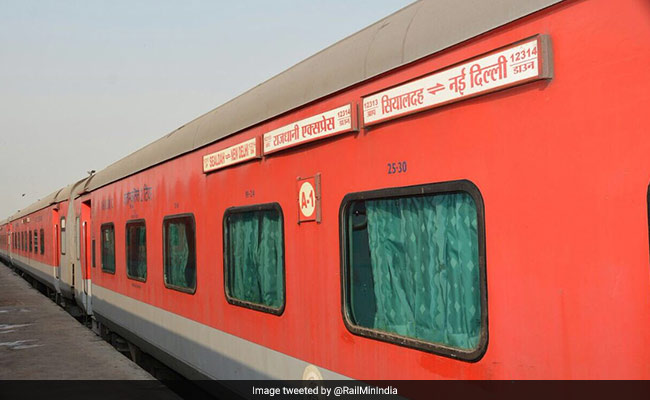 The train will have an additional halt at Gwalior, the official release said

The Central Railway today announced that the Chhatrapati Shivaji Maharaj Terminus (CSMT)-Hazrat Nizamuddin Rajdhani superfast special train will speed up and have an additional halt at Gwalior from January 9 onwards.

As per an official release, Rajdhani superfast special train will leave Mumbai's CSMT at 4 pm every Monday, Wednesday, Friday and Saturday and reach Delhi's Hazrat Nizamuddin at 9:55 am the next day.

Similarly, the train will depart from Hazrat Nizamuddin at 4:55 pm every Tuesday, Thursday, Saturday and Sunday and reach at CSMT at 11:15 am the next day, it was stated.

The superfast special train will also have an additional halt at Gwalior, the official release stated.

"From January 9, passengers travelling by Rajdhani Superfast special between Mumbai and Delhi will reach their destination faster than before, with revised timings and an additional halt at Gwalior in Madhya Pradesh," Union Railway Minister Piyush Goyal tweeted.

The Central Railway also stated that only passengers with confirmed tickets will be permitted to board these special trains.

Passengers are advised to adhere to all rules, SOPs related to COVID-19 during the journey, the release stated.