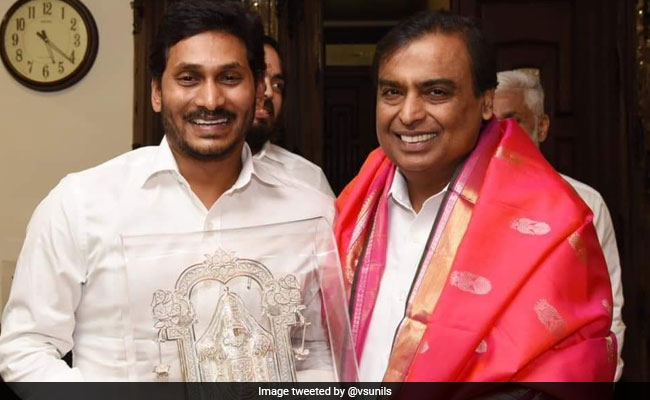 Mukesh Ambani was accompanied by his son Anant Ambani

Mr Nathwani is due to retire as Rajya Sabha member from Jharkhand on April 9 at the end of a second consecutive term as an Independent.

Though sources say business proposals related to Reliance Industries' proposed ventures in the state were discussed, Mr Nathwani's presence has given rise to speculation that the meeting could have been more political in nature.

The polls for four Rajya Sabha seats from Andhra Pradesh, which has 11 seats in the Upper House, are scheduled for March 26.