According to the External Affairs Minister, the agreement will facilitate legal travel and encourage talent flows between India and the UK. 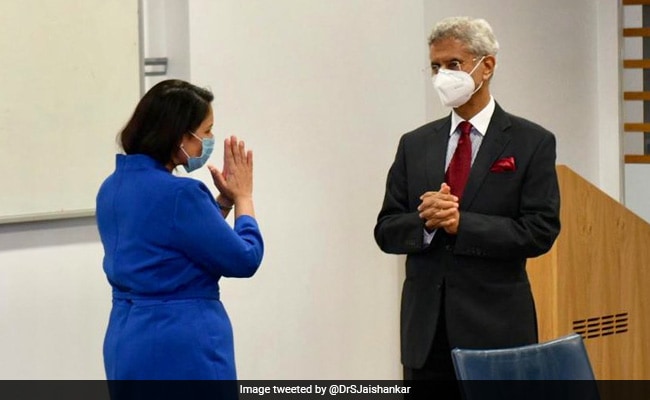 S Jaishankar is in London for the G7 Foreign and Development Ministers Meeting.

According to the External Affairs Minister, the agreement will facilitate legal travel and encourage talent flows between India and the UK. It is one of the outcomes related to a Virtual Summit between Prime Minister Narendra Modi and Prime Minister Boris Johnson scheduled for Tuesday.

"A fruitful meeting this morning with Home Secretary Priti Patel. Signed the Migration and Mobility Partnership Agreement that would facilitate legal travel and encourage talent flows," Mr Jaishankar tweeted. "The living bridge between India and UK will get stronger as a result," he said.

While details of the agreement have not yet been released, it is expected to enhance student numbers coming into the UK in return for illegal migrants being deported back to India.

The issue of illegal Indian migrants in the UK has long been on the agenda of bilateral negotiations, with both sides failing to agree on the numbers in question.

Mr Jaishankar's meeting with the UK minister follows an announcement by Downing Street on Monday revealing details of an Enhanced Trade Partnership (ETP), which has been agreed and is to be signed off between the two Prime Ministers.

The UK government said it has finalised 1-billion pound worth of trade and investment with India and that the ETP sets an ambition to double the value of UK-India trade by 2030 and declare a shared intent to begin work towards a comprehensive Free Trade Agreement (FTA).

Mr Jaishankar is in London for the G7 Foreign and Development Ministers Meeting on the invitation of host UK Foreign Secretary Dominic Raab and will join other guest nations at a working dinner later on Tuesday evening to agree on action on critical issues such as threats to global democracy.