Moody's, an international agency, has attributed the upgrade of India's credit rating to the introduction of the Goods and Services Tax (GST), Aadhaar system of biometric accounts and measures taken to address bad loans in the banking system by the Narendra Modi government 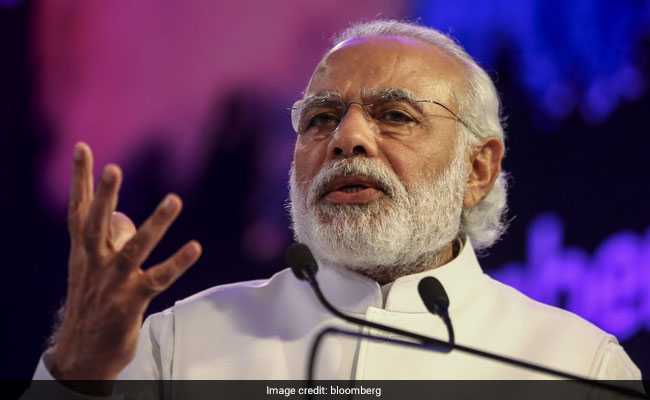 New Delhi: In the first credit rating upgrade since 2004, the US-based rating agency Moody's today elevated India by a notch to Baa2. The Baa3 rating was the lowest investment grade -- just a notch above 'junk' status. Two years ago, the rating outlook was changed to 'positive' from 'stable'.

The agency has attributed the elevation to the introduction of the Goods and Services Tax (GST), Aadhaar system of biometric accounts and measures taken to address bad loans in the banking system.

As soon as the news got out, Twitter was flooded with congratulatory and pat-on-the-back messages. Criticism and analysis too made its presence felt.

In his tweet, Railway Minister Piyush Goyal said that the government's "development for all" mantra has been recognised by the world. "Recognising India's growth enhancing reforms under PM @narendramodi, Moody's has upgraded India's sovereign rating for the first time since 2004. Entire world is recognising "Sabka Saath, Sabka Vikas"," he said.

Moody's upgrade of India's rating is symbolic of the changing financial, institutional and economic structure under PM @narendramodi ji vision of a #NewIndia.

"The decision to upgrade the ratings is underpinned by Moody's expectation that continued progress on economic and institutional reforms will, over time, enhance India's high growth potential and its large and stable financing base for government debt and will likely contribute to a gradual decline in the general government debt burden over the medium term," Moody's said in a statement.

Sovereign rating is a barometer of the country's investment climate. It gives investors insight into the level of risks associated with investing in a particular country and also includes political risks. For long, India was rated by other rating agencies at Baa3.

The Narendra Modi government has been pitching for an upgrade for quite some time now citing various reforms initiatives. The upgrade comes days after India climbed 30 places to rank 100th on the World Bank's Doing Business Report.

The stock market and the rupee reacted positively with a sharp rally today. The global ratings agency, however, cautioned that high debt burden remains a constraint on the country's credit profile.

Promoted
Listen to the latest songs, only on JioSaavn.com
"Moody's believes that the reforms put in place have reduced the risk of a sharp increase in debt, even in potential downside scenarios," it said.