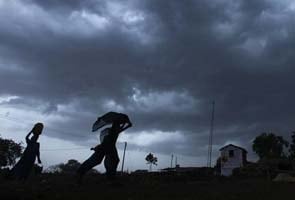 New Delhi: Monsoon rains were 44 per cent above average in the week to September 19, the weather office said, and were the best since June when the four-month rainy season made a poor start and went on to arouse concerns in the major agricultural producer.

It was the fourth consecutive week of plentiful rainfall.

The shaky earlier progress of the June-to-September monsoon season led to fears of widespread drought, curbing the sowing of some summer-planted crops.

A late revival would help boost the yield of summer-planted crops such as rice, cane, corn, cotton and soybeans but might not completely offset the damage, analysts said.

In the previous week, rainfall was 21 per cent above average and gathered strength in rice, cane and soybean areas.

The rains, vital for the 55 per cent of India's farmland that has no irrigation, remain 5 per cent short of average since the season began. The shortfall hit planting of some cereals and pulses in areas of west and south India, threatening output.

Rains below 90 per cent of long-term averages are considered deficient - a drought in layman's terms.

In 2009, when India, whose huge land mass contains nearly all climates and soil types, faced widespread drought, monsoon rains were 22 per cent below average. The country had to import large amounts of sugar, pushing global prices to 30-year highs.

This year, the monsoon's late revival has already erased apprehensions of a nationwide drought, said DS Pai, a forecaster at the India Meteorological Department (IMD).

A pick up has raised prospects for winter-sown crops such as wheat and rapeseed which need a good deal of soil moisture. Improved rains have also led to higher water levels at reservoirs.

But the rains could be lower next week in some western parts, a source at the IMD said.

The monsoon usually starts retreating from Rajasthan by mid-September although the downpours of the past four weeks indicate the seasonal rains could continue for some more time, the source said.

The northern states of Punjab and Haryana, the country's grain basket, received heavy rains in the past week.

Promoted
Listen to the latest songs, only on JioSaavn.com
Higher rains will help India continue with exports of rice, wheat and cotton. They have already encouraged the government to adopt various reform measures, including lifting a freeze on diesel prices last week.