Nepal monsoon news: Landslides and floods are common in the Himalayan country during the monsoon season. As of Sunday, about one thousand people have been displaced. 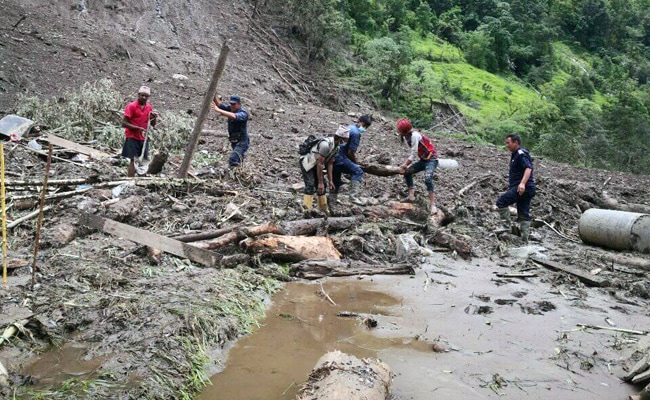 Four days of continuous heavy rain and landslides have killed 60 people in Nepal. 41 people are missing, say authorities. Myagdi district in western Nepal is the worst affected with 27 deaths. Rescue operations are under way.

"Two of our wards have been completely swept away due to landslides," news agency ANI quoted the local body representative as saying. Hundreds have been displaced as landslides buried their homes. Local school buildings and community centres have been turned into shelters for the flood-affected people.

"In the first phase we rescued the injured people and that took us around 30-35 hours to complete. Now, we are continuing our search operation for the missing who are believed to be buried under the debris. Identification of the dead and arrangements for their cremation are being done," Thamsara Pun, village head of Dhaulagiri in Myagdi said.

Landslides and floods are common in the Himalayan country during the monsoon season. As of Sunday, about one thousand people have been displaced. Landslides have also blocked roads and mudslides are hampering rescue operations, say local news reports.

Last week, at least 12 people were killed in landslides and 19 others missing, the country's police said on Friday. Three children are among those who died in landslides.

Narayani and other major rivers in Nepal are swollen due to the continuous downpour in the last few days.

Earlier, the meteorological office of Nepal had predicted heavy rain over the weekend across the country. In its latest bulletin, country's weather office said, a low-pressure belt in the Terai region is causing continuous rainfall.