Monsoon Expected To Reach Delhi In Next 2 Days: Weather Office

Delhi Monsoon 2000: Weather experts say, the early arrival of the monsoon in Delhi can be attributed to a cyclonic circulation, which moved towards southwest Uttar Pradesh on June 19-20 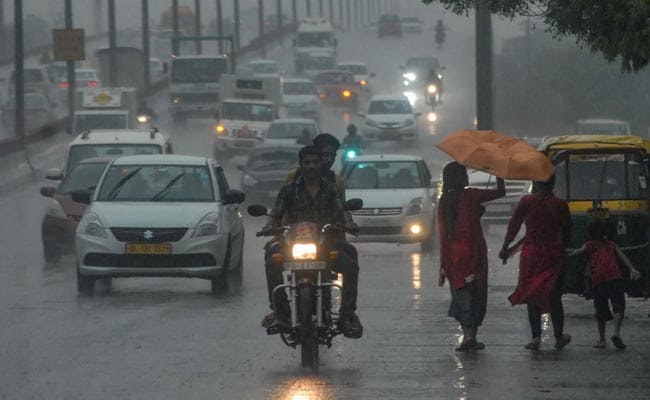 Monsoon expected to reach Delhi in next 2 days, the weather office said

Good news for Delhi; monsoon is knocking at its doors. The weather office has said monsoon is likely to reach the city in two days and heavy rain is expected on Wednesday and Thursday. Temperatures dropped a few notches in northern India, bringing respite from sweltering heat.

"Conditions are favourable for further advancement of monsoon into the remaining parts of Uttar Pradesh, entire western Himalayan region, Haryana, Chandigarh, Delhi, most parts of Punjab and some parts of Rajasthan during the next 48 hours," the India Meteorological Department told news agency PTI.

Weather experts believe, the early arrival of the monsoon in Delhi can be attributed to a cyclonic circulation, which moved towards southwest Uttar Pradesh on June 19 and June 20.

The weather office also predicted thundershowers and light to moderate rainfall in eastern parts of Uttar Pradesh. The state is expected to get heavy rain at many places on June 24, 25 and 26.

The met department has warned of a cyclonic circulation over interior Odisha and the neighbouring areas and it is likely to move north westwards in the next three days. This will also create favourable conditions for the monsoons to advance.

The Southwest monsoon has been fairly active over large parts of India. The met department, in its long-range forecast, said monsoon will be normal with an average of 96 per cent to 104 per cent rainfall this year.