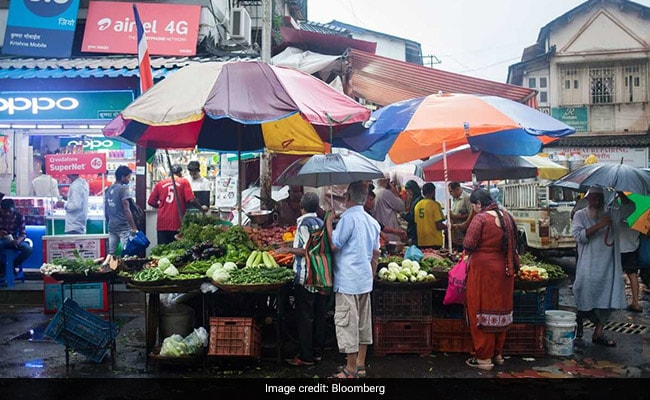 India has a 55 percent chance of a below-normal monsoon.

India's June-September monsoon, which delivers more than 70 percent of the country's annual rainfall, is likely to be below normal this year as the El Nino weather pattern may impact rain, Skymet Weather Services Pvt. said on Wednesday.

Precipitation during the rainy season is forecast to be 93 percent of the long-term average of about 89 centimeters (35 inches), said Jatin Singh, managing director of the New Delhi-based private forecaster. That compares with a preliminary prediction for normal showers. El Nino is likely to be the reason for below-normal showers, Skymet said.

The annual four-month rainy season is critical to the country's agricultural sector as it affects summer and winter crop sowing and waters more than half of all farmland. In the event of too little rain, farming suffers, families go hungry and power plants go dark. India is the world's second-biggest producer of rice and wheat, the top grower of cotton and the biggest importer of palm oils.

The forecast has a 5 percent margin of error, Skymet said. India has a 55 percent chance of a below-normal monsoon, 30 percent probability of normal showers and a 15 percent chance of a drought. The Pacific Ocean has become strongly warmer than average. The model projections call for an 80 percent chance of El Nino during March-May, dropping to 60 percent for June to August, the forecaster said. "The savior factor could be Indian Ocean Dipole, which is likely to be in the neutral or positive phase during the Monsoon. Thus, it may be able to absorb some of the El Nino blues and possibly would support rainfall during the second half of monsoon." June is likely to have a "very sluggish start" and deficit rains are likely to spill into July, Skymet said, adding that the second half of the season would see better rainfall. East India is likely to be at a higher risk of getting deficient rain, especially during the first half of the monsoon season. Showers are expected to be 77 percent of the long-term average in June, 91 percent in July, 102 percent in August and 99 percent in September.

(Except for the headline, this story has not been edited by NDTV staff and is published from a syndicated feed.)
Comments
El NinoSkymet