The seasonal rain percentage so far as on Friday stood at a cumulative 9.58 per cent and was expected to cross the double digits soon. 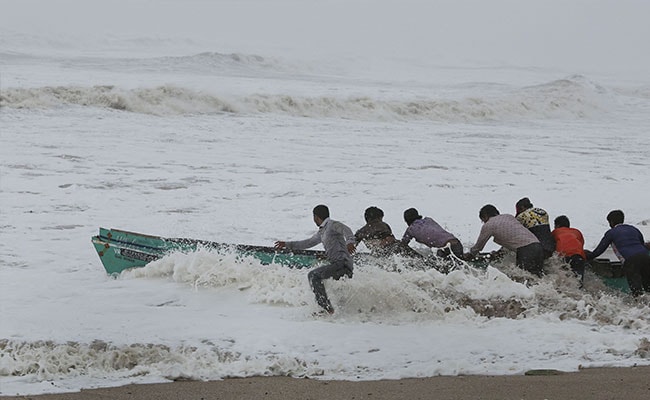 With the monsoons setting in in several parts of Gujarat, as many as 97 tehsils in 25 districts have received moderate to heavy showers in the last 24 hours ending on Friday.

According to the Met department, the industrial town of Ankleshwar in south Gujarat's Bharuch district registered the highest rainfall at 172 mm.

"The monsoon has arrived in south Gujarat and southern part of Saurashtra region. It will advance to the rest of Gujarat in the near future through further movement," Jayant Sarkar, Director, Indian Meteorology Deparment (IMD), Ahmedabad, told reporters.

A heavy rain warning for south and central Gujarat has been issued as the monsoon has advanced further under the influence of a cyclonic circulation on Friday morning, which lies over North Konkan and the adjoining south Gujarat region and extends between 3.1 and 7.6 km above mean sea level tilting southwest wards.

The seasonal rain percentage so far as on Friday stood at a cumulative 9.58 per cent and was expected to cross the double digits soon.

Heavy rains were also reported from isolated places in Chhota Udepur and Panchmahals districts in central Gujarat as well as Kutch district, while the Saurashtra region received the first showers around June 25 in the wake of Cyclone Vayu.