Monsoon Likely To Be Normal In Second Half Of The Season: Met Office

Monsoon 2020 updates: In its long range forecast, for August-September, the IMD said August is likely to receive 97 per cent rainfall of the long period average. 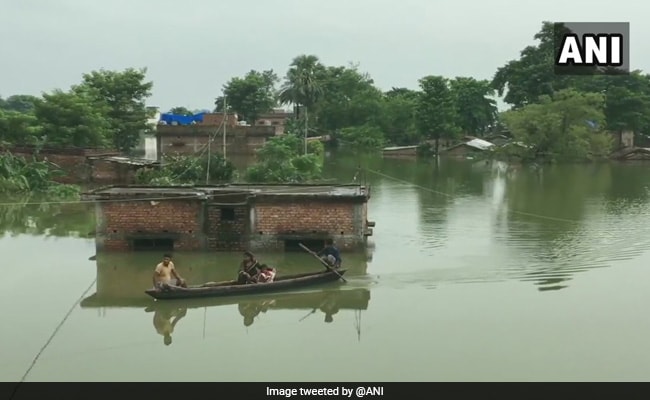 Monsoon 2020 updates: This year the rainfall is likely to be normal in the second half of the four-month monsoon season, the India Meteorological Department (IMD) said on Friday. In its long range forecast, for August-September, the IMD said August is likely to receive 97 per cent rainfall of the long period average (LPA).

"Quantitatively, the rainfall over the country as a whole during the second half of the season is likely to be 104 per cent of LPA with a model error of plus/minus 8 per cent," news agency Press Trust of India quoted the IMD official as saying.

Monsoon in the range of 96-104 per cent of the LPA is considered normal, according to the weather office. The official rainfall season in the country is from June 1 to September 30.

As the country heads towards the second half of the monsoon season, the flood situation remains grim in the two states of Assam and Bihar, New areas at Muzaffarpur in Bihar are inundated as ring dam of Burhi Gandak river collapsed due to heavy rain. More parts of the state were affected by floods after water levels of rivers originating in Nepal increased.

According to the disaster management department of Bihar, areas in Madhubani and Siwan, which were not affected by the floods so far have been flooded. The number of people affected by floods in Bihar has risen to 39.63 lakh, up from 38.47 lakh on Wednesday. Eleven people have died due to flood-related incidents including seven in Darbhanga four in West Champaran.

In Assam, 107 people have died and 56,71,031 people have been affected by the floods, according to the state disaster management authority. The Brahmaputra river is flowing above the danger level in Jorhat, Sonitpur, Dhubri, Golaghat and Nagaon.

Assam Chief Minister Sarbananda Sonowal visited the flood hit areas of the state. He visited areas near the Jiadhal river, a tributary of the Brahmaputra, where floods have caused extensive damage.