Mohan Bhagwat called upon sportspersons to put the country on top of the international sports map. 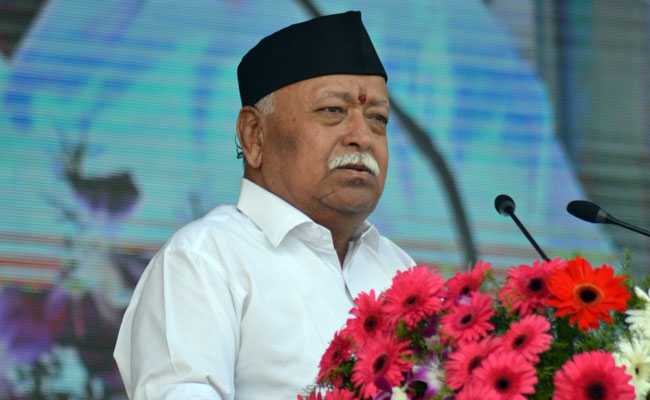 Mohan Bhagwat said sportspersons are regarded at par with Army personnel in the world. (FILE PHOTO)

Rashtriya Swayamsevak Sangh (RSS) chief Mohan Bhagwat on Sunday called upon sportspersons to put the country on top of the international sports map, saying if India is able to establish its dominance in sports, the world will accept it as a superpower.

"Like the Army personnel, sportspersons are held in respect throughout the world and countries which perform well in sports are considered to be superpowers," Mr Bhagwat said while addressing the closing ceremony of the three-day National Convention of Krida Bharti at Barwadda near Dhanbad in Jharkhand.

Mr Bhagwat reached the stadium in an open vehicle, along with Jharkhand Chief Minister Raghubar Das.

He said sports does not only have an impact on the personal lives of people but also in the national and international spheres.

"There is stiff competition in the world of sports. That is why sportspersons are regarded at par with Army personnel in the world," he said.

The RSS chief added, "American and European countries know it deeply, that is why they promote and give proper importance to sports and sportspersons are excelling in it."

"Even China has focused on sports and is doing well," he said.