Syed's health suddenly deteriorated on Saturday evening, following which he was shifted to the Government Medical College and Hospital where he died, Jail Superintendent said. 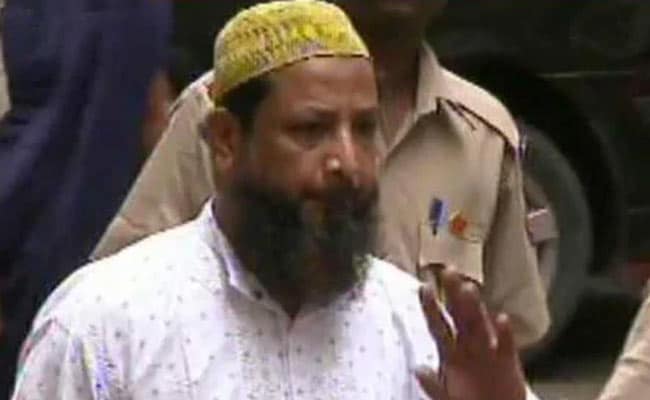 Syed was shifted to the Nagpur Central Jail from Yerwada jail in 2012.

Mohammad Hanif Syed, one of the three convicts sentenced to death in the 2003 Mumbai twin bomb blasts and currently lodged in the Nagpur Central Jail, died at a hospital, a prison officer said on Sunday.

Syed's health suddenly deteriorated on Saturday evening, following which he was shifted to the Government Medical College and Hospital (GMCH) where he died one and half hours after admission, Jail Superintendent Rani Bhosle told news agency PTI on Sunday night.

"The exact cause of his death will be known after post-mortem which will be conducted Monday in the presence of his relatives who have arrived in the city Sunday," she said, adding that Syed's body will be handed over to his relatives after autopsy.

As per preliminary information and symptoms, he could have died of a cardiac arrest, Bhosle said.

Syed, his wife Fehmida and third conspirator Ashrat Ansari were convicted by a POTA (Prevention of Terrorist Activity) court in 2009 of planting powerful bombs in two taxis which exploded at the iconic Gateway of India and Zaveri Bazaar on August 25, 2003, leaving 52 people dead and 244 injured.

Syed was shifted to the Nagpur Central Jail from Yerwada jail in 2012, after the Bombay High Court upheld his death sentence.

The Lashkar-e-Toiba's role in the twin blasts was revealed by an accused-turned-approver.

It was for the first time that the LeT had used a family to carry out bomb blasts in the country.