Attacking the Congress further, PM said, "BJP trusts people and therefore people trusts BJP. Congress never trusted the people during their rule. The legacy of the British came to Congress." 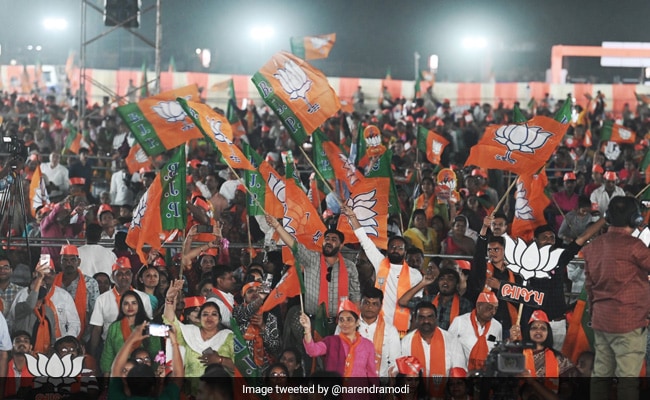 Prime Minister Narendra Modi, who addressed a series of public meetings in Gujarat on Monday ahead of the Assembly election, received a rapturous response from people in Surat, where the crowd flashed their mobile phone flashlights at his rally.

During the rally, PM Modi urged people to ensure BJP's victory. "I am not here with you in the capacity of Prime Minister Modi but as your brother Modi. I have come here to meet you," he said.

As the first phase of the Gujarat Assembly election nears completion, parties are in the fray putting their heavyweights in the forefront in a bid to attract voters.

Prime Minister Modi held rallies in Jamnagar and Rajkot on Monday. During his address, PM spoke about the steps taken to boost 'ease of living', improve the water situation in Saurashtra, efforts for MSMEs and other development work.

He said, "Bharatiya Janata Party is a party connected to the soil, a party raised from among the common man, a party rooted in ideas. During the time of Congress, there was corruption and the money of the country was wasted. The BJP government has worked to save every bit of people's hard work."

Attacking the Congress further, PM said, "BJP trusts people and therefore people trusts BJP. Congress never trusted the people during their rule. The legacy of the British came to Congress."

The Assembly election in Gujarat is scheduled to be held in two phases on December 1 and December 5, whose results will be declared on December 8.

This time, the party under the leadership of Prime Minister Narendra Modi, Union Home Minister Amit Shah and state party chief CR Patil is aiming to get its highest seat tally exceeding 140.

The state has been a BJP stronghold for a long and the party has set its sights on returning to power for the seventh term. Modi has been Gujarat's longest-serving Chief Minister from 2001 till 2014.

However, it faces a stiff electoral challenge from the Arvind Kejriwal-led Aam Aadmi Party (AAP), which has named Isudan Gadhvi its chief ministerial candidate.

The Congress also hopes to put its best electoral foot forward to unseat the BJP.