Nitin Gadkari underlined that the BJP government believed in "Hinduism which is all inclusive and respects all faiths and creed". 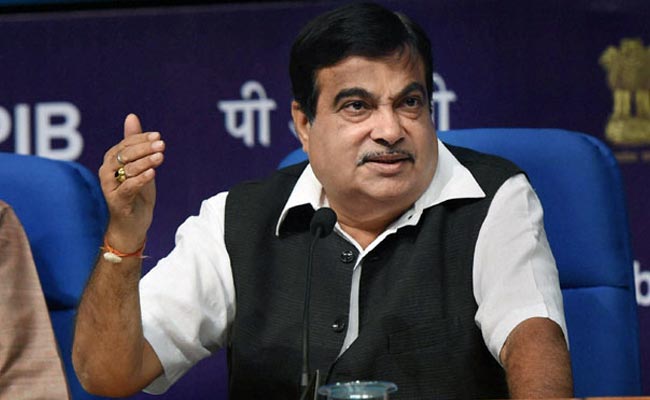 Nitin Gadkari was participating in a panel discussion (File)

Under attack over incidents of lynching, Union Minister Nitin Gadkari on Tuesday said the government was not in support of such "despicable" acts or hate speeches by party leaders against minorities as he dismissed suggestions that it was imposing its version of Hindutva in the country.

He underlined that the BJP government believed in "Hinduism which is all inclusive and respects all faiths and creed".

"These isolated incidents (lynching) should not be linked with our party. We believe in tolerance and we respect all religions. If you do research, you will see RSS also does not support lynchings," Mr Gadkari said.

"We don't discriminate on the basis of caste, creed or religion. This is the feeling of our party and the prime minister," he added.

Mr Gadkari was participating in a panel discussion on 'Is India losing its identity or realising it'.

The discussion followed the release of a book of the writings of former diplomat, jurist and Parliamentarian LM Singhvi by former president Pranab Mukherjee.

Rajya Sabha lawmaker and senior Congress leader Anand Sharma, who also participated in the debate, claimed there was "hatred, violence and intolerance in the country and the political atmosphere has been vitiated". He said the very idea of India is under assault and "our idea of secularism is different from them".

When his attention was drawn to the hate statements made by them against the minority community, Mr Gadkari said his party "disassociates from such statements and does not support them".

Incidents of lynching or communal riots, he said, are not restricted to the BJP regime only but have happened under various dispensations. In this context, he also raised the anti-Sikh riots of 1984. However, Mr Sharma said neither the Congress party or any of its leaders, including former prime minister Rajiv Gandhi, supported the riots.

Shiromani Akali Dal (SAD) leader Naresh Gujral blamed the "fringe" elements for the sense of insecurity in the country and described them as "terrorists". The SAD is an NDA ally.

Rajya Sabha MP and Biju Janata Dal (BJD) leader Pinaki Mishra said the "lumpen elements" who are on the "rampage" in the name of Hinduism does not know an iota of Hinduism.

"They are lumpen elements," he said, noting that incidents of lynching are happening because there is no fear of the rule of law.