Several complaints were sent to CBI director Alok Verma against Nageswar Rao. There are reports that he wanted a probe: DMK chief MK Stalin 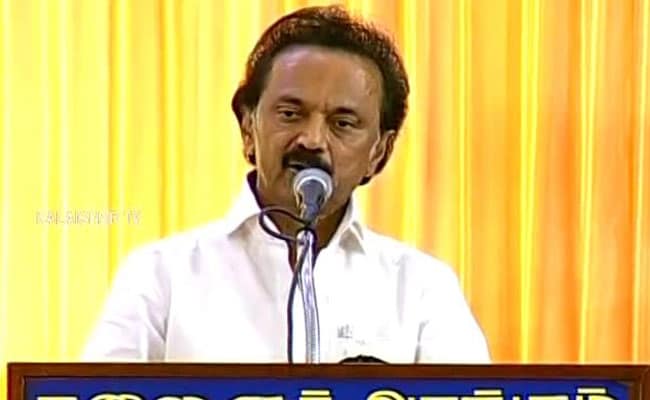 The Narendra Modi government's decision to send Central Bureau of Investigation (CBI) director Alok Verma on leave is an "undeclared emergency", DMK president MK Stalin said today and asked whether the move has been initiated "to cover up investigations into the Rafale deal".

Mr Stalin also raised questions on the credibility of M Nageswar Rao, who took over as interim director of the crisis-hit investigating agency overnight.

"Several complaints were sent to CBI director (Alok Verma) against Nageswar Rao and there are reports that Alok Verma wanted to initiate investigations into allegations against him," the DMK chief said.

Linking Mr Verma's removal to the Rafale deal, Mr Stalin said, "It raises doubts that it's an attempt to cover up Rafael allegations. It is painful that the Prime Minister Narendra Modi has created an undeclared emergency like situation.  It is autocratic to change the CBI chief who enjoys tenure protection".

He referred to Mr Rao as a "controversial officer" and called his appointment as interim chief "a misuse of office by the Prime Minister".

"Appointment of a controversial officer like Nageswar Rao is a misuse of office by the Prime Minister...It is nothing but (an attempt) to ensure that CBI remains the caged parrot of the BJP government," he said.

Mr Stalin, who is the leader of the opposition in Tamil Nadu, also accused Mr Rao of communicating with the ruling AIADMK, whose leaders are being investigated by the CBI in the guthka scam case. Before being transferred to Delhi, Mr Rao was based in Chennai as the CBI's joint director for South India.

"Nageswar Rao met (Tamil Nadu deputy chief minister) O Panneerselvam at the state secretariat. When CBI is investigating the guthka scam and the Madras High Court has ordered an investigation against (Chief Minister) Edappadi Palaniswami for awarding contracts to his relatives, the move to send CBI director Alok Verma has raised suspicions," the DMK president said.

CBI director Alok Verma and special director Rakesh Asthana were sent on leave in a stunning overnight 'coup' by the government. Mr Rao took over as interim chief of the investigating agency at 1.45 am last night. His first act was to sign orders shifting several members of a team investigating corruption charges against Rakesh Asthana. CBI director Alok Verma's petition against the government's move will be taken up by the Supreme Court on Friday.

All Cases Against Farmers Must Be Dropped: Haryana Ex Chief Minister