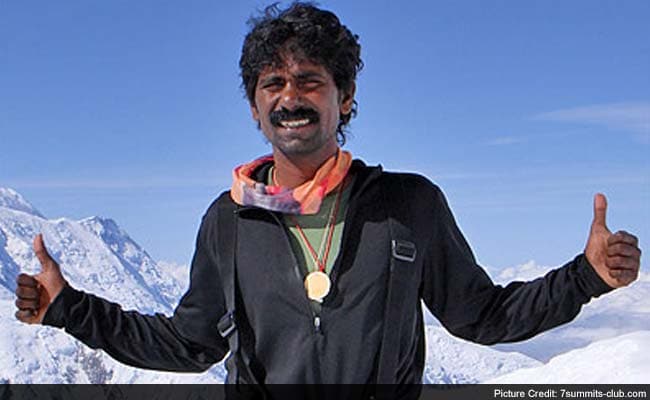 Indian mountaineer Malli Mastan Babu, who went missing since March 24 while on a climb in the Andes Mountains in Argentina, has been found dead.

"Mountains retained its favourite child.. R.I.P Malli Mastan Babu," read the announcement on Facebook page, 'Rescue Malli Mastan Babu', which had been set up by his friends and well-wishers to share updates on the search for the missing mountaineer.

The Ministry of External Affairs had earlier said it was coordinating with authorities in South America over the search for Malli Mastan Babu.

The news was conveyed to the family members by government officials, according to Mastan Babu's sister Dorasanamma.

Promoted
Listen to the latest songs, only on JioSaavn.com
Mr Babu, an accomplished mountaineer, held a number of records and achievements. He had achieved the feat of becoming the "fastest seven summiteer" in the world (172 days in 2006, during which he climbed seven summits on seven days of the week in each calendar month). He was also the first Indian to summit Mt Vinson Massif, the tallest peak in Antarctica, and the first person from Andhra Pradesh to scale the Mt Everest.

Mr Babu hailed from Nellore in Andhra Pradesh, and is an alumnus of IIM-Calcutta, IIT-Kharagpur, NIT Jamshedpur and Sainik School, Korukonda. He had left home on December 16 for his trek in the Andes Mountains, which straddle the border between Argentina and Chile. The weather had turned bad soon after he had started his climb, and he had gone missing on March 24.