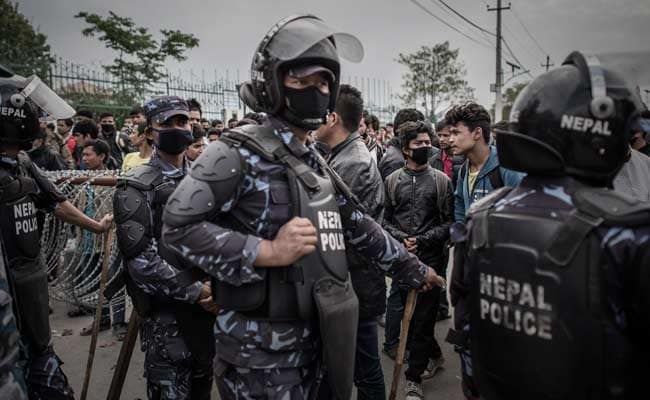 Indian embassy blast: Nepal police are investigating the explosion at the building in Biratnagar

Kathmandu: A small explosion has hit an Indian consulate camp office in Nepal's Biratnagar, officials said. No one was injured in the explosion that took place at the temporary office of the Indian consulate at the province capital, 380 kilometres from Kathmandu.

The explosion was reported at 8:20 pm on Monday. It created a hole on the compound wall of the embassy camp, which is toward the secluded rear area of the main office building, officials said.

The temporary office was set up by India during the floods in Nepal and north Bihar in 2008 to coordinate movement of vehicles in the border area, senior district official Seshnarayan Paudel said. The office has been functioning since then.

Army spokesman Colonel Vijay Thapa said the blast was caused by a crude bomb made in a pressure cooker. No one was at the camp when the explosion struck, officials said.

Senior police officer Arun Kumar said they are investigating who could be behind the explosion, the Kathmandu Post reported.

Investigators suspect that members of a local political group, which had called a strike in Biratnagar on Monday, could have a hand in the explosion.

Promoted
Listen to the latest songs, only on JioSaavn.com
"A minor explosion took place along the rear boundary wall of the camp office of embassy of India at Biratnagar, Nepal, at about 2015 hrs on 16 April 2018. No one has been injured in the incident. Our Embassy in Kathmandu is in touch with Government of Nepal. The security authorities in Nepal are investigating the matter," the Indian embassy spokesperson said in a statement.