The video captures a glimpse of India’s cultural landscape through the railways. 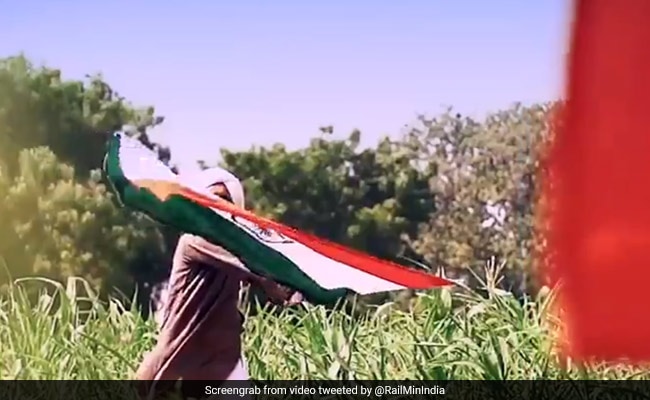 The Ministry of Railways has released a new version of the popular song Mile Sur Mera Tumhara to celebrate India's 75th year of Independence. It is a part of the "Azadi Ka Amrit Mahotsav" initiative, inaugurated by Prime Minister Narendra Modi on March 12. The clip, released today, has received more than 10,000 views so far.

First telecast on Independence Day in 1988, this track was aimed at promoting the idea of national integration and unity in diversity. It featured leading Indian actors, sportspersons, and musicians of that time. The new version, sung by railway employees, features top sportspersons and Tokyo Olympic medalists, including PV Sindhu.

The video opens with PM Modi saying that railways will provide the country with the momentum and speed for growth and captures a glimpse of India's cultural landscape through the railways. Towards the end, Railway Minister Ashwini Vaishnaw and top officials are seen singing the national anthem.

The Ministry of Railways added that the new version has been sung in 13 different languages to provide a "feeling of camaraderie" throughout all zonal railways.

The song has been released by Darshana Jardosh, Minister of State for Railways and Textiles, during a video conference. The song will motivate railway employees and the nation, she said, adding, "It will also inspire future generations."