Fake cases were allegedly filed against the family at the behest of MP Minister of State Suresh Dhakad Rathkheda. 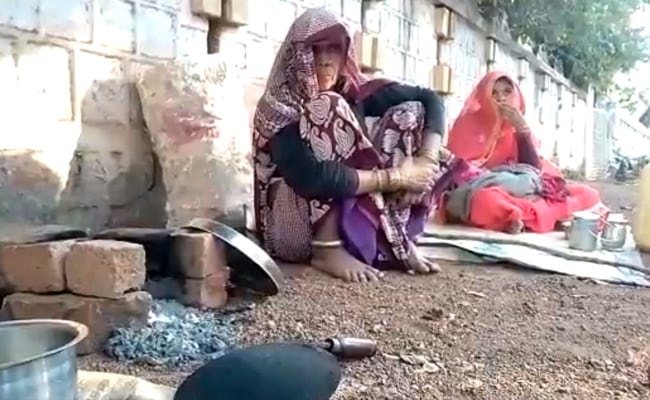 The family was allegedly harassed for not voting in favour of the BJP in the bye-polls.

A Dalit family in Madhya Pradesh's Shivpuri, alleging torture by relatives of a state minister for not having voted for the BJP, has been camping outside the district police chief's office seeking justice.

The family from Jhalwasa village has been camping outside the district Superintendent of Police's office since Monday, cooking and sleeping out in the open.

They allege that fake cases were filed against them at the behest of MP Minister of State Suresh Dhakad Rathkheda, allegedly because the family had not voted in favour of the ruling BJP in the recent assembly bye-elections.

NDTV tried to call Mr Rathkheda multiple times and also sent him text messages seeking a response against these allegations. However, he remained unreachable.

In the bye-polls held last month, Mr Rathkheda had successfully retained the Pohri seat in Shivpuri by defeating the BSP candidate.

The minister's relatives had then then allegedly thrashed members of the Dalit family and tortured them, besides filing the fake case.

"The police did not receive any complaint about the vote. The complainant family says they were tortured and they have a dispute with the Dhakad family. It also says that in the past, a case was also registered against them which they say was false," said Shivpuri Additional Superintendent of Police (ASP) Praveen Bhuria.

"I have directed for a probe. The family's statement will be recorded in a police station," the ASP said.

This is not the first time Dalits have allegedly come under attack from the powerful members of other backward class in Shivpuri district. In September 2019, two Dalit kids were allegedly beaten to death by two men belonging to the Yadav caste for defecating in the open in Shivpuri.

In November, 14 tribal families in Madhya Pradesh's Balaghat district had complained about facing a social boycott for not donating enough towards Durga Puja festivities in their village. After the local police failed to help, they approached the Balaghat district police superintendent's office for justice.