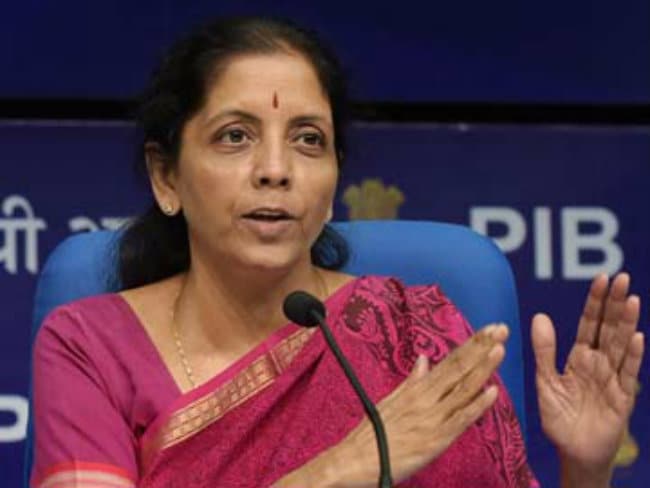 New Delhi: India has reached an agreement with the United States on public stockpiling of food, commerce minister Nirmala Sitharaman said on Thursday, paving the way for the implementation of a global trade facilitation deal that has been stalled for months.

"India and the United States have resolved their differences on public stockholding of food," Ms Sitharaman said. "This opens the way for implementation of the WTO trade facilitation deal."

The proposals will be reviewed by the World Trade Organization's General Council, she added, expressing the hope that approval would clear the way for India to sign a protocol enabling implementation of the trade accord.

She also tweeted, "WTO General Council will receive India's proposal and US will support us."

At the end of July, Prime Minister Narendra Modi pulled the plug on implementing the Trade Facilitation Agreement struck in Bali last year, linking it to the issue of rural poverty in the country.

India has refused to bow to foreign calls to scale back a scheme to buy wheat and rice that it distributes to 850 million people. Critics have said the food stockpiling amounts to paying farmers to produce food, which is likely to lead to food surpluses that will get dumped on world markets.

India has wanted to keep a "peace clause" that protects its huge state food purchases until the World Trade Organization can strike a definitive deal on stockpiling. As originally envisaged in Bali, the clause would expire in four years.

Critics had said Prime Minister Modi's tough line could isolate him at his first G20 summit of world leaders in Brisbane, Australia, beginning this week.

New Delhi's blockade plunged the WTO into its worst crisis in two decades and backroom efforts were on to break the deadlock; a senior trade ministry official visited Geneva for talks with key WTO members.

Promoted
Listen to the latest songs, only on JioSaavn.com
Last week, Finance Minister Arun Jaitley had told a World Economic Forum conference in New Delhi, "India's position on trade facilitation has been completely misunderstood because of unreasonable positioning by some of the developed countries."

Mr Jaitley had repudiated suggestions that India was fundamentally opposed to trade facilitation, which would entail easing port and customs procedures and, by some estimates, add $1 trillion and 21 million jobs to the global economy.
© Thomson Reuters 2014