"Minimum Security Cover" For UP Visits: Priyanka Gandhi In Letter To Yogi Adityanath

Priyanka Gandhi Vadra said traffic was diverted or stalled during her visit to the state which disrupted public life as well as led to misuse of public resources. 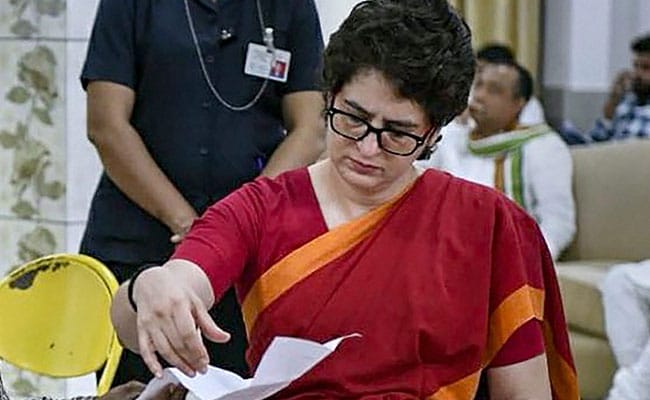 Priyanka Gandhi Vadra said she is against the practice of traffic being stalled for her. (File)

Congress General Secretary Priyanka Gandhi Vadra has written a letter to Uttar Pradesh Chief Minister Yogi Adityanath requesting "minimum security arrangement" to be made during her visits to the state so that people are not inconvenienced.

"I appreciate the security arrangements made during my visits to the state. But I am very disturbed with the inconvenience it caused to the people. People should not face any difficulty because of me," Ms Gandhi wrote in a letter dated July 17.

She said that the heavy security arrangements during her visit to Raebareli after Sonia Gandhi's victory in the Lok Sabha elections created a problem for Congress workers as well as commoners. "Some days back, the workers and common people face a lot of inconveniences as there were 22 vehicles of administration and the police in the cavalcade," she said.

The Congress leader added, "I get security cover in Delhi and other states where only one vehicle accompanies my vehicle. It does not cause any inconvenience to the people. Traffic is never stalled when my vehicle passes; I am against this practice."

Priyanka Gandhi Vadra said traffic was diverted or stalled during her visit to the state which disrupted public life as well as led to misuse of public resources.

"I think there is no need for it. So I request you to keep security arrangements as low as possible so that no problem is caused to the people," she concluded.

Priyanka Gandhi Vadra, in charge of eastern Uttar Pradesh, travelled extensively in various parts of the state in the run-up to the Lok Sabha polls.