'Train school': The school's staff pooled in money to remodel the building into 'Khajari junction' by painting the three classrooms in bright blue shade 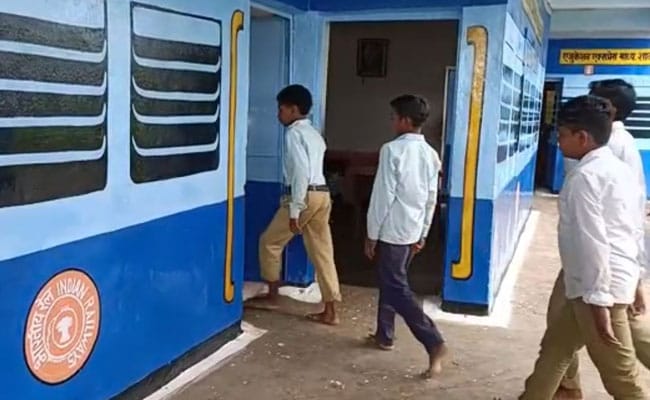 Faced with falling attendance, the teachers of a school at a tribal area in the hinterland of Madhya Pradesh came up with an idea that turned into an instant hit with students - a classroom built like a railway station.

The school's staff pooled in money to remodel the building into 'Khajari junction' by painting the three classrooms in bright blue shade. The doors have been painted with yellow train door handles, and in the middle of the rail 'coach' there is a circular sign that says "Indian Railways" like in a real train.

The midday meal room has been turned into a pantry car, called Annapurna Kaksh.

The tribal-dominated Dindori, far away from the state capital Bhopal, has no trains or railway station. The staff said they remodelled the school to make it a more exciting place for the students to learn. 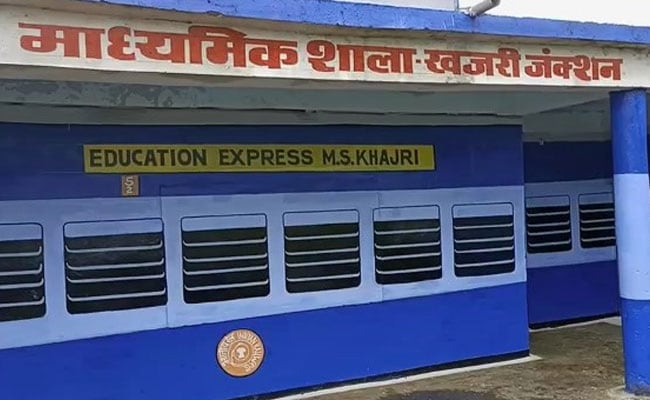 In only six days since the school was turned into a 'train', the attendance has skyrocketed, school principal Santosh Uike said.

"Out of the 96 students in the three classes, the school was seeing a maximum attendance of only 50. But after the school was remodelled as a railway station, complete with the train engine and coaches, the attendance rose to 87, which is just nine short of the total student strength," said Ms Uike, whose room has been painted as the train's engine connected to three coach-shaped classrooms.

The school is located on a remote hill some 12 km from the district headquarters. The students are in Classes 6, 7 and 8 and there are three teachers. The school's name has been changed to Madhayamik Shala-Khajari Junction.

The teachers said even the parents of the students are coming to the school to see the train. The ceiling of the classrooms has been painted with Science models such as the universe and the solar system.

The parents have informed their friends in nearby villages to let their children enrol into the train school.