Mehul Choksi was given bail by the Dominica High Court to travel back to Antigua for seeking medical help from a neurologist based there. 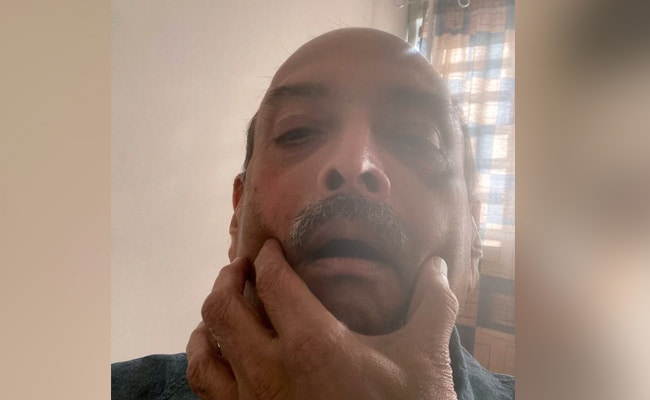 Mehul Choksi had challenged his detention in Dominica.

Back in Antigua and Barbuda after being jailed in neighbouring Dominica, fugitive jeweller Mehul Choksi on Thursday said he was "permanently scarred" and blamed Indian law enforcement agencies for trying to kidnap him.

Earlier in the day, reports had said that the 62-year-old diamantaire landed in Antigua and Barbuda, where he has been staying since 2018 after fleeing India. For the last 51 days, he was in jail in Dominica for entering the country illegally.

On Monday, Mehul Choksi was given bail by the Dominica High Court to travel back to Antigua for seeking medical help from a neurologist there. He deposited the bail of 10,000 East Caribbean Dollars or roughly Rs 2.7 lakh and flew back to Antigua in a chartered plane wearing a shirt and shorts, Antigua News Room reported on Thursday.

While seeking bail, Choksi had attached his medical reports, including a CT scan, which showed "mildly worsening hematoma". His doctors recommended an urgent review of his medical condition by a neurologist and a neurosurgical consultant.

"The services are not currently available on the island (Dominica). All courtesies extended to him would be greatly appreciated," the CT scan report dated June 29 signed by Doctors Yerandy Galle Gutierrez and Rene Gilbert Veranes of Princess Margaret Hospital of Dominica said.

Wanted in the Rs 13,500 crore Punjab National Bank fraud case in India, Choksi had mysteriously gone missing on May 23 from Antigua and Barbuda where he has been staying since 2018 when he bought a citizenship.

He was detained in the neighbouring island country of Dominica for illegal entry after a possible romantic escapade with his rumoured girlfriend. However, his lawyers alleged that he was kidnapped from Jolly Harbour in Antigua on May 23 by policemen looking like Antiguan and Indian and brought to Dominica on a boat.

Last month, Indian had sent an eight-member multi-agency team to Dominica to bring him back but they returned empty handed after the efforts were thwarted by court proceedings.