Kathua Trial: The top court said the trial would be carried out in accordance with provisions of Ranbir Penal Code, applicable in Jammu and Kashmir. 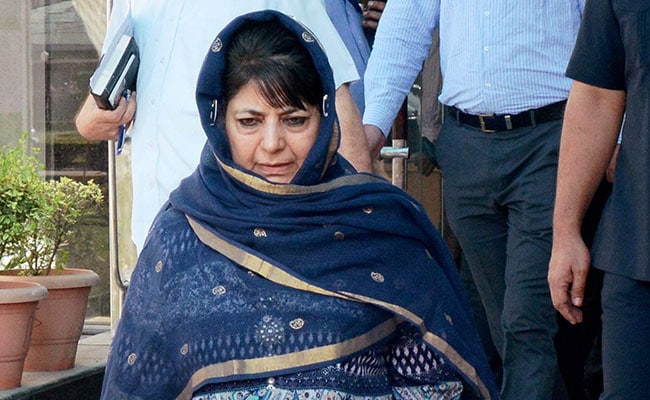 Srinagar: Jammu and Kashmir Chief Minister Mehbooba Mufti today said the Supreme Court decision to shift the trial of the Kathua gangrape and murder case to Pathankot would boost the morale of the state police, which had left "no stone unturned" to ensure that the eight-year-old's family gets justice.

The top court today directed that the trial of the gangrape and murder of the child, which had led to nationwide outrage, be moved to Pathankot in neighbouring Punjab.

"I welcome today's decision by the Hon'ble Supreme Court in the Kathua case. This will go a long way to boost the morale of our @JmuKmrPolice force who in the face of great adversity have left no stone unturned to ensure that the deceased's family gets justice," Ms Mufti said in a tweet.

A bench headed by Chief Justice of India Dipak Misra directed that the trial should be held in-camera, be fast-tracked and conducted on a day-to-day basis to avoid any delay.

The top court also said the Kathua rape case trial would be carried out in accordance with the provisions of Ranbir Penal Code, which is applicable in Jammu and Kashmir.

Promoted
Listen to the latest songs, only on JioSaavn.com
The top court said the trial must be fair to the girl's family as well as the accused.

An eight-year-old girl from a minority nomadic community, had disappeared from near her home in a village close to Kathua in the Jammu region on January 10. Her body was found in the same area a week later.