Congress had earlier lodged a complaint with the Speaker seeking the disqualification of 10 turncoat legislators under rules of the tenth schedule of the Constitution. 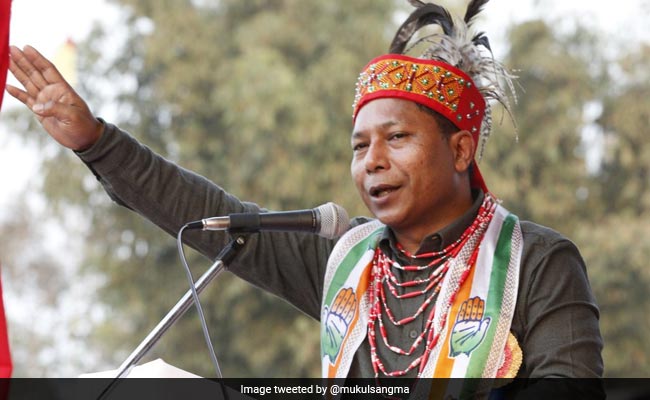 Asserting that their merger with Trinamool Congress was constitutional, 10 turncoat MLAs from Congress on Wednesday filed individual replies to a show-cause notice issued by Meghalaya Speaker Metbah Lyngdoh, urging him not to disqualify them.

Congress, whose count in the assembly dropped to five from 17 after former Chief Minister Mukul Sangma led 11 other MLAs to join the TMC, had earlier lodged a complaint with the Speaker seeking the disqualification of 10 turncoat legislators under rules of the tenth schedule of the Constitution.

Mukul Sangma, while leading nine other MLAs during the submission of replies to the show-cause notice, asserted that the merger of the Congress MLAs with the TMC fulfilled all requirements under the provisions of paragraph 4 of the tenth schedule of the Constitution.

Lambasting the Congress for seeking their disqualification, Mr Sangma said, "The petitions filed against the 10 MLAs were nothing but a reflection of the attempt to have a concocted story with complete misinterpretation and distortion of facts."

The TMC has become the principal Opposition in the Meghalaya Assembly after Mr Sangma's political coup on November 25.