The CJI said the media had the responsibility of maintaining objectivity while reporting on cases that could stir the emotions of the citizens. 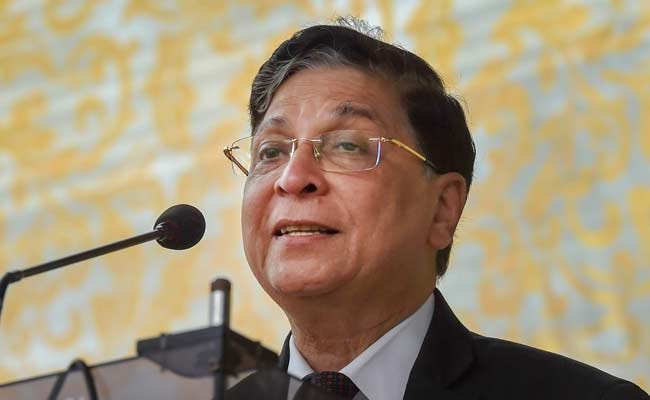 Dipak Misra was speaking at an event where he made the remarks. (File)

Freedom of press is the "mother of all liberties" in a democratic society and the media should have its own guidelines for self-regulation, Chief Justice of India (CJI) Dipak Misra said on Tuesday.

The CJI was delivering the presidential address at a function organised by the International Law Association (ILA), where eminent jurist N R Madhava Menon delivered a lecture on "Courts, Media and Fair Trial Guarantee".

Justice Misra said freedom of speech played a pivotal role in generating public opinion in matters of national importance, adding that it created an "informed citizenry".

"Freedom of press in a democratic society is the mother of all liberties. There is no doubt it is one of the most cherished and valuable rights guaranteed under the Constitution. It includes the right to know and the right to inform.

"I am of the firm belief that there should be no guidelines (for the media). Let them frame their own guidelines and be guided by that. Nothing can serve better than individual or collective guidelines of the press. There should not be any imposition, but there should be some kind of self-restriction," he added.

The CJI said the media had the responsibility of maintaining objectivity while reporting on cases that could stir the emotions of the citizens.

Mr Menon said media coverage at times posed a threat to a fair trial at three stages -- prior to the trial, during the trial and after the completion of the trial.

He pointed out that disclosing the identity of the witnesses and accused might affect a trial in many ways.

Mr Menon said a parallel trial by the media might influence an investigating agency to make arrests and might even cause witnesses to turn hostile.

He added that post-trial, the independence of judiciary was threatened if the media questioned the integrity of the judge.

He added that the recent development in the top court regarding live-telecasting the proceedings will open up a new chapter in media-judiciary relations.

Supreme Court judge Justice A M Khanwilkar was also present at the event.