The NITI Aayog report - 'Healthy States, Progressive India' - that was released on Tuesday highlighted a critical shortage of infrastructure and manpower in rural hospitals in Uttar Pradesh 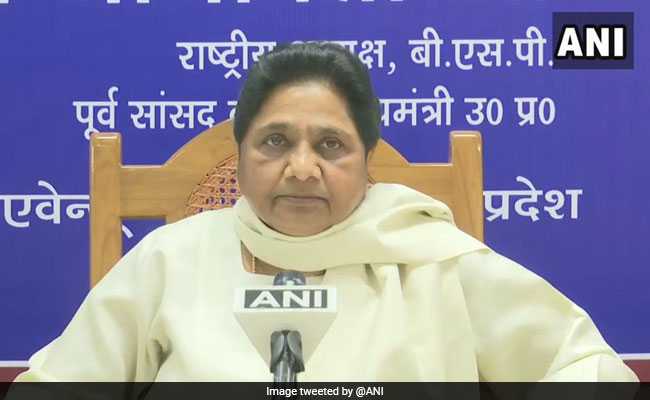 Former Uttar Pradesh chief minister Mayawati today targeted the BJP over the state's poor performance in a nationwide health index report released by the NITI Aayog. The BSP chief taunted the party over its inability to provide basic health services despite controlling both centre and state governments.

"The Report of the Commission is to shame the government that UP is the most backward state in the case of public health. Then what is the benefit of such a double-engine government when the BJP and the BJP in the Center and UP?" the BSP chief wrote in a pointed tweet written in Hindi.

The NITI Aayog report - 'Healthy States, Progressive India' - that was released on Tuesday highlighted a critical shortage of infrastructure and manpower in rural hospitals in Uttar Pradesh.

"Such a development is the work of hundreds of millions of people whose life is completely hellfire," Mayawati continued.

Last week she slammed Chief Minister Yogi Adityanath's government for proposing a hike in power tariffs and claimed the BJP only won the election by giving free power connections to below poverty line (BPL) families.

"The BJP is turning its 'Saubhagya' scheme (free power connections to BPL families) into a 'Durbhagya' Scheme. The party has just won the elections and is now targeting those who voted it back to power," she said.

According to the NITI Aayog report, Uttar Pradesh has one government doctor for 19,962 patients. The figure is second only to Bihar, where the corresponding figure is 28,391. The national average is one doctor for 11,082 people.

The report is a warning sign to Prime Minister Narendra Modi and Uttar Pradesh Chief Minister Yogi Adityanath after a deadly outbreak of Acute Encephalitis Syndrome (AES) killed over 150 children in neighbouring Bihar.

Bihar is ranked only one spot above Uttar Pradesh in the report and fares as badly across indicators like sex ratio and success rate of treatment for TB cases, as well as neonatal and under-5 mortality rates.

Kerala, Andhra Pradesh and Maharashtra are at the sharp end of the rankings. While Kerala has retained its top spot, Andhra and Maharashtra broke into the top three displacing Punjab and Tamil Nadu from second and third places, respectively.