Our demand to the central government is that if it is actually our well-wisher, it should send a letter to the states, as also the departments concerned, to take the verdict in a positive manner and implement it, Mayawati said. 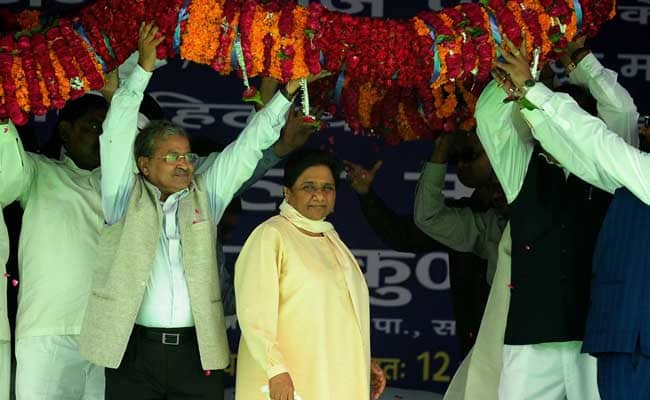 Bahujan Samaj Party chief Mayawati said the Supreme Court's decision on Wednesday regarding quotas in job promotions for the Scheduled Caste and Scheduled Tribe employees was "welcome to a certain extent".

In its order, the five-judge constitution bench said states do not need to collect quantifiable data on the backwardness of Dalits and tribals for giving them quota in job promotions.

"...Today's verdict has allowed the centre and states the freedom to implement it (quota in promotions) or not as they were before 2006. There is also no condition for the states to collect the data of backwardness, the provision that was there in 2006," Mayawati said, calling on the respective governments to implement Wednesday's verdict immediately with full honesty and extend the rights of the deprived sections of the society.

Our demand to the central government is that if it is actually our well-wisher, it should send a letter to the states, as also the departments concerned, to take the verdict in a positive manner and implement it, the Dalit leader said. "At the centre, and also in most of the states, there are governments which are against this issue and I do not feel the benefits will be extended promptly."

Hitting out at the Bharatiya Janata Party, Mayawati said it was regrettable that the BJP took no action to bring in a constitutional amendment to overturn the 2006 judgement, despite being in power for over four years at the centre.

The BSP president added it would be still better if the centre gets the amendment passed to resolve the matter for always, as "our party had been demanding since long, both in and outside the Parliament".

In its 2006 verdict in the M Nagraj case, the top court had said the states were bound to provide quantifiable data on the backwardness of Scheduled Castes and Scheduled Tribes, the facts about their inadequate representation in government jobs and the overall administrative efficiency, before providing quota in promotions to members of these communities.