Hailing from the village of Lamberi, of Border Tehsil of Nowshera in Rajouri, Mawya Sudan commissioned into the IAF as Flying Officer. 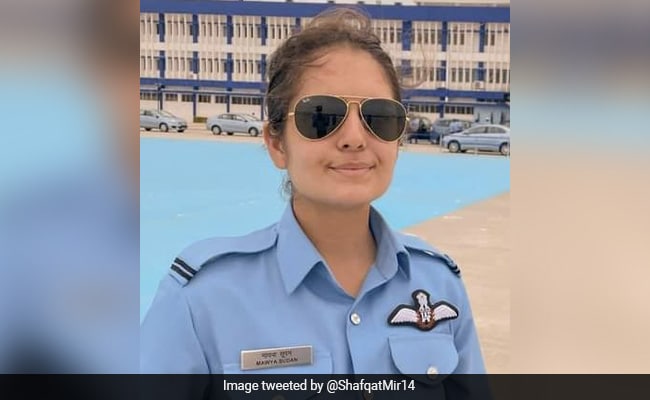 Mawya Sudan, a resident of Jammu and Kashmir, has become the first woman fighter pilot in the Indian Air Force (IAF) from Rajouri district.

Hailing from the village of Lamberi, of Border Tehsil of Nowshera in Rajouri, she commissioned into the IAF as Flying Officer. Mawya has become the 12th woman officer and first from Rajouri to be inducted as a fighter pilot in the IAF.

Maya's father, Vinod Sudan, expressed his happiness over his daughter's achievement. He said, "I am feeling proud. Now she is not just our daughter but a daughter of this country. We have been receiving congratulatory messages since yesterday."

The fighter pilot's sister, Manyata Sudan, who is a JE in Shri Mata Vaishno Devi Shrine Board, told ANI that since her school days, Mawya was inclined towards Air Force and always wanted to become a fighter pilot.

"I am incredibly proud of my younger sister. This was her dream since childhood. I am sure she will add to her laurels soon. This is just the beginning. Everyone is treating her like her own daughter. People from all over the country are supporting and motivating her. It is an inspiring story for everyone," she said.

Sushma Sudan, the mother, said, "I am happy that she has worked so hard and achieved her goal. She has made us feel proud."

Everyone in the village is happy over Mawya's news, said her grandmother Pushpa Devi.