Another reason behind the refusal of the community continue the tradition on Wednesday evening was due to encroachment in the area. 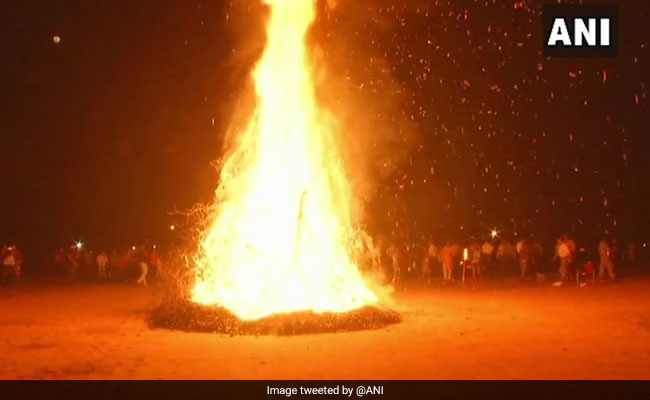 Over a 600-year-old tradition of walking through the flames on Holi eve was broken in a village in Uttar Pradesh's Mathura district.

"None of the youth from the Brahmin community volunteered this year to continue the over six-century-old tradition of the village," Ram Het, the former village head of Jatwari in Chhata area, said.

Another reason behind the refusal of the community continue the tradition on Wednesday evening was due to encroachment in the area.

"How can we perform the tradition when there is no ample space left due to encroachment," Sunil Panda, who had walked through the flames in the past couple of years, said.

Panda said even the pond, where the priest takes a dip before walking through the flames, had become too polluted to take a dip.

"Nobody contacted the district administration, otherwise the centuries-old tradition would have been made to remain alive by clearing the encroachment," District Magistrate Sarvagya Ram Mishra said.

An attempt was made by the village panchayat on Wednesday to persuade the community, but it failed to give any result, Het said,

As per the tradition, a youth from the Brahmin community volunteers for the sport on Holi eve every year. He should take a dip in a pond before walking through the flames.

Meanwhile, a priest successfully walked through the embers in Phalen village in the morning.