West Bengal Chief Minister is also likely to spell out the strategy for 2019 Lok Sabha polls at the rally today. Mamata Banerjee tweeted about Martyrs Day ahead of the Trinamool Congress' rally.

Mamata Banerjee's Trinamool Congress is addressing the annual mega rally on the occasion of the Shahid Diwas today in Kolkata where party supporters from all corners of the state are participating. Martyr's Day or the Shahid Diwas rally is organised by the Trinamool Congress every year on July 21 in the memory of 13 Youth Congress activists killed in police firing in 1993. This year marks the 25th death anniversary of the activists.

West Bengal Chief Minister is also likely to spell out the strategy for 2019 Lok Sabha polls at the rally today, party sources were quoted as saying by news agency PTI. According to political observers, the rally holds immense importance given the party's ambition to play a major role after the next Lok Sabha polls.

Here are the live updates of the Trinamool Congress' Martyrs' Day rally:

"We will win all the 42 Lok Sabha seats in the state. It is our pledge. We will oust the BJP to save the country. We will organise a big rally here in January and invite all the (opposition) leaders," PTI quoted her.
Jul 21, 2018 13:41 (IST)
Former Rajya Sabha MP Chandan Mitra, Former CPM MP Moinul Hasan, Congress's Sabina Yasmin and Mizoram advocate-general Biswajit Deb joined the Trinamool Congress today, news agency ANI reported.
Jul 21, 2018 13:40 (IST) 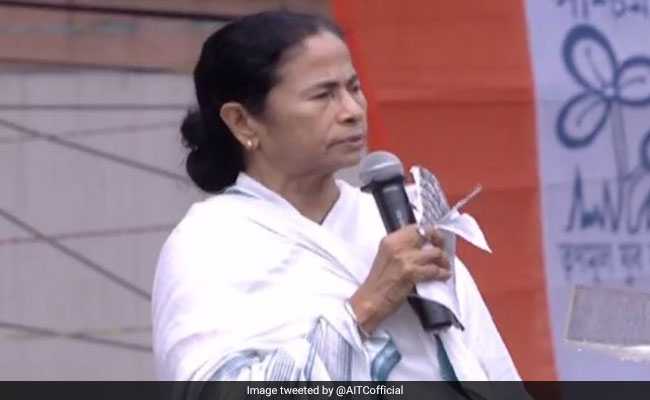 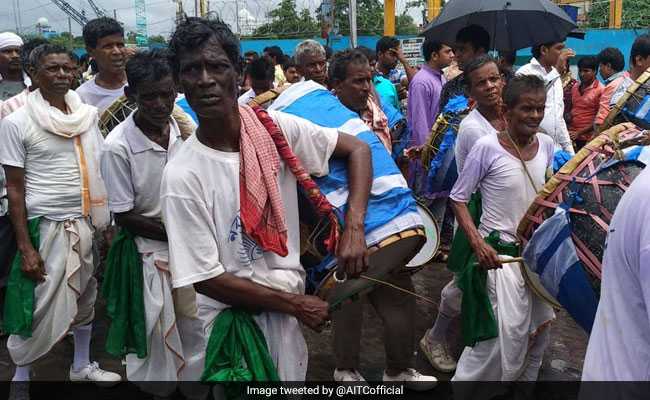 #DurgaPujo may be three months away, but Dharmatala is already reverberating to the beats of Dhaak

Like every year, we are organising our annual #21JulyShahidDibas rally in Dharmatala. Our workers and supporters from across #Bengal and other States have come to the city. We welcome one and all. Dharmatala Chalo.