Mars Orbiter Mission was launched on November 5, 2013, and after completing 300 days of interplanetary journey, it was inserted to the Martian orbit on September 24, 2014. 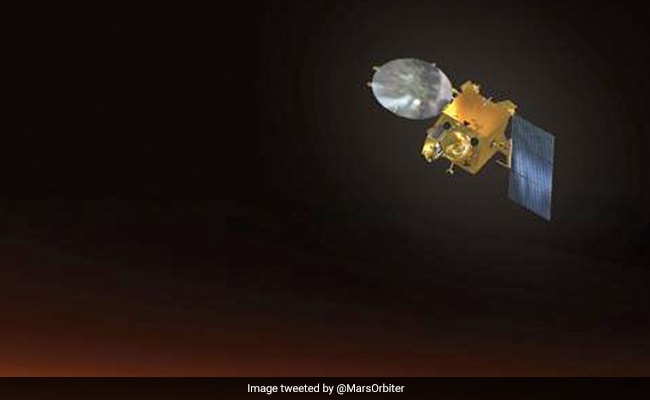 The mission will be ever-regarded as a remarkable technological and scientific feat, ISRO said.

The Indian Space Research Organisation confirmed on Monday that the Mars Orbiter craft has lost communication with ground station, it's non-recoverable and the Mangalyaan mission has attained end-of-life.

The ISRO gave an update on the Mars Orbiter Mission and the national meet held on September 27 to commemorate the MOM, on the event of completion of its eight years in the Martian orbit.

It was also discussed that despite being designed for a life-span of six months as a technology demonstrator, the MOM has lived for about eight years in the Martian orbit with a gamut of significant scientific results on Mars as well as on the Solar corona, before losing communication with the ground station, as a result of a long eclipse in April 2022, the national space agency said.

During the national meet, ISRO deliberated that the propellant must have been exhausted, and therefore, the "desired altitude pointing" could not be achieved for sustained power generation, ISRO said.

"It was declared that the spacecraft is non-recoverable, and attained its end-of-life", an ISRO statement said. "The mission will be ever-regarded as a remarkable technological and scientific feat in the history of planetary exploration".

MOM was launched on November 5, 2013, and after completing 300 days of interplanetary journey, it was inserted to the Martian orbit on September 24, 2014.

"Equipped with a five scientific payloads onboard, during these eight years, the mission has gifted significant scientific understanding on the Martian surface features, morphology, as well as the Martian atmosphere and exosphere," ISRO said.