Ide Madi (23), who was active in Maoist activities, "decided to surrender as she realised the futility of violence", said Malkangiri Superintendent of Police, Jagmohan Meena. 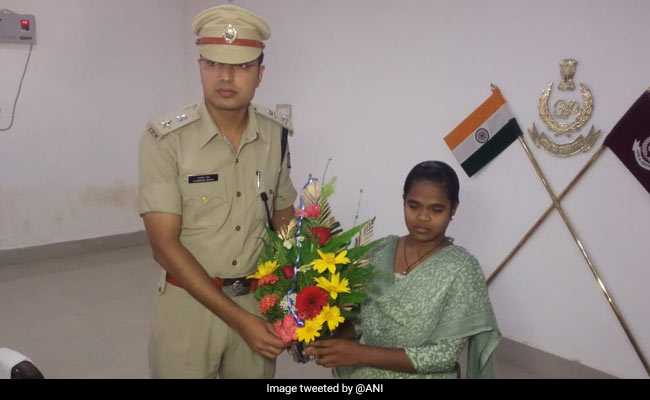 Ide Madi (23), who was active in Maoist activities, "decided to surrender as she realised the futility of violence", said Malkangiri Superintendent of Police, Jagmohan Meena.

Madi's surrender was considered a major achievement for police and a jolt for the red rebels as it came during the ongoing PLGA (Peoples Liberation Guerrilla Army) week being observed by the banned CPI (Maoist) from Sunday to December 8, a police officer said.

The SP said Madi, who hailed from Silakota village in Podia area in the district, was involved in many crimes including murder. She carried a reward of Rs one lakh announced by the Odisha government.

She decided to give up arms and return to the social mainstream due to various reasons including frequent anti-Maoist operations conducted by the security forces in interior areas of Kalimela, Mr Meena claimed.

She also did not like the activities of some cadres who are involved in brutal killings of innocent people, he said.

Madi would get monetary assistance as per the surrender and rehabilitation scheme of the government. She would also get financial assistance for building a house, pursuing studies and getting training in a trade or vocation of her liking, the SP added.