Pramod Sawant was addressing a function held to launch the poster of a biopic on late Manohar Parrikar. 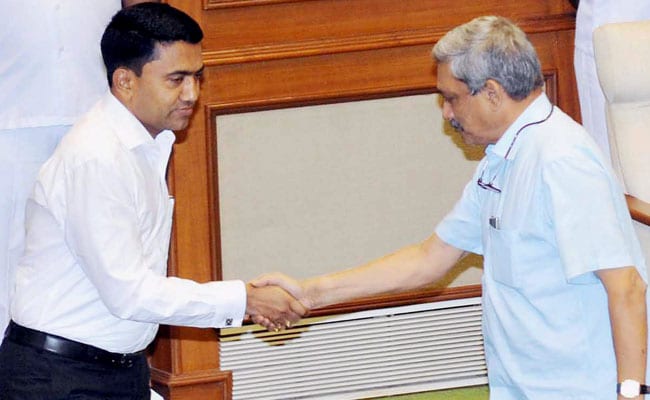 Manohar Parrikar transferred his josh to all the youth, Pramod Sawant said.

Goa Chief Minister Pramod Sawant on Friday said late Manohar Parrikar had transferred his "josh" (spirit) to him, and this allowed him to work for "15-16 hours a day" after taking over the coastal state's top post.

Speaking on the birth anniversary of the former chief minister, Mr Sawant said, "Bhai (Parrikar) had asked the youth there (at the inauguration of a bridge on Mandovi river) how is the josh (a punchline of a popular film on the surgical strike after the Uri attack). He had further said I transfer my josh to you."

"Those were his last words. He actually transferred his josh to all the youth who were present there, including me. That is why I can work for 15-16 hours a day," the 46-year-old chief minister said.

"What I am telling you is the truth. It is not possible otherwise (to work such long hours). If I was still Speaker of the Assembly, I would have said it is enough to work for eight hours. And then go to sleep," he told the gathering.

Mr Sawant was addressing a function held to launch the poster of a biopic on late Parrikar, to be produced by ''Go Goa Gollywood Productions''.

Manohar Parrikar's brother Audhut and son Utpal were also present at the function.