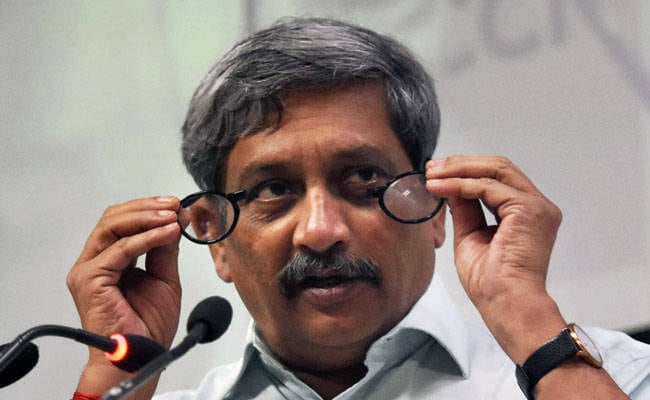 Panaji: A BJP leader today said the condition of Goa Chief Minister Manohar Parrikar, undergoing treatment for a pancreatic ailment in the USA, was improving, but he would travel to his home state only after doctors allow him to.

"The chief minister is responding well to treatment and is on the path of recovery. Parrikar would head back to Goa after doctors treating him in the US allow him to," BJP leader and Curchorem MLA Nilesh Cabral told a press conference here.

Mr Cabral rubbished statements made recently by some Congress leaders that no medical update was being provided by the BJP-led Goa government on the condition of the former defence minister.

"The CMO has been issuing statements time and again about his health. I have spoken to him (Parrikar) seven times in the last one-and-half months and every time I called, he had attended the call. I can assure you that he is getting well," said Mr Cabral.

The MLA lost his cool when a reporter suggested that updates about Mr Parrikar's health be ideally given by a medical practitioner and not by any party leader.

"...The way you are asking, it seems that you (media) don't want him (Parrikar) to return," he said.

A delegation of Congress leaders yesterday called on state governor Mridula Sinha at Raj Bhavan and demanded that the state government give regular updates about Parrikar's health.

Mr Parrikar, who complained of stomach pain on February 14 this year, was admitted to Lilavati Hospital in Mumbai the next day.

He was discharged on February 22 and presented Budget in the Goa Assembly on the same day upon return.

Promoted
Listen to the latest songs, only on JioSaavn.com
Later, he was again admitted to Lilavati Hospital on March 5, from where he was taken to the US.

A cabinet advisory committee, consisting of senior ministers, has been authorised to take decisions in his absence.