Was Criticised For Being "Too Restrictive" On Green Clearances: Manmohan Singh

At the same time, he said, his government believed in maintaining a proper balance between development and ecology. 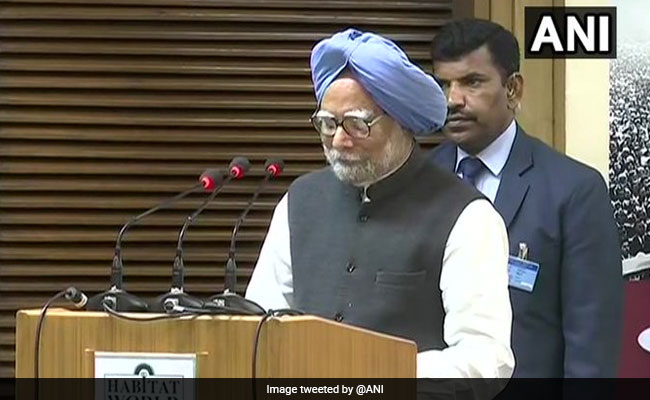 Former prime minister Manmohan Singh on Monday said the UPA government under him was very selective in allowing projects that impacted the wilderness and wildlife habitat, and was criticised for being "too restrictive".

At the same time, he said, his government believed in maintaining a proper balance between development and ecology.

He was speaking at a virtual award event of Indira Gandhi Peace Prize for the year 2019 which was conferred on British broadcaster David Attenborough.

Mr Singh said his government was conscious of its duty to accelerate economic development and raise the standard of living of people, especially those in poverty, which he said, is the first priority of any government.

"...we were very selective in allowing projects that impacted the wilderness or the habitat of wild life. Indeed, we were criticised by industrialists and those who thought we were being too restrictive. But I believe that if a proper balance is not firmly held, the results are deleterious and self-defeating," he said at the event.

He said India was an active voice in international forums and discussions on issues concerning the environment and it made positive contributions to protection of the planet.

The UPA dispensation was accused by many in the industry and outside of being 'slow'' in granting clearances to projects that affected the environment.

"It was under his guidance that last November, the prize was awarded to Sir David. We are very sorry to miss him on this occasion," Mr Singh said.

The senior Congress leader said there can be no more deserving recipient of the award at this time when the world is gripped by growing anxiety over the state of our environment and planet.

He said David for over seven decades has been the human voice of nature.

In recent times, Sir David has become one of the most vocal and effective advocates of environmental protection, raising his voice against the wanton destruction of the natural world in the name of progress and the seemingly insatiable needs of the human race, Mr Singh noted.