Sources say hasn't yet been arrested, but is being interrogated in custody after some recovery was made from his house. 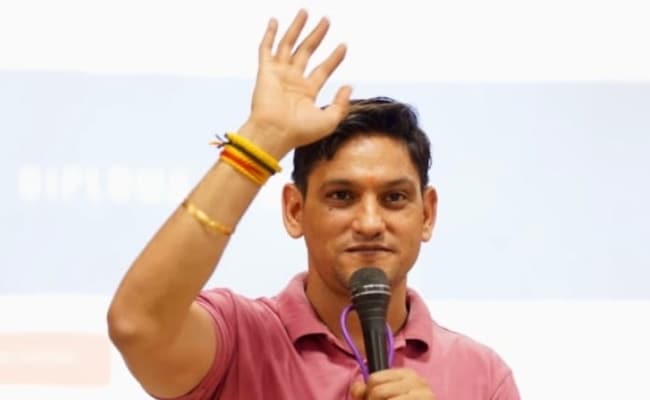 Mr Sisodia has claimed his PA has been arrested and taken away.

The Enforcement Directorate, or ED, today raided the house of Delhi Deputy Chief Minister Manish Sisodia's close aide in a money laundering probe linked to the alleged Delhi liquor policy scam case. Sources say he hasn't yet been arrested, but is being interrogated in custody after some recovery was made from his house.

Mr Sisodia has, however, claimed his PA has been arrested and taken away.

"They got my house raided by false FIR, searched bank lockers, checked in my village but found nothing against me. Today, they did not find anything in ED's raid at my PA's house, so now they have arrested him and taken him away.

BJP people! So much fear of losing the election..," he tweeted in Hindi.

Mr Sisodia, in charge of the excise department, has been under the scanner for alleged deliberate and gross procedural lapses which provided undue benefits to the tender process for liquor licensees for the year 2021-22.

The money laundering case stems from a CBI FIR that had named Manish Sisodia as an accused among others.

The Aam Aadmi Party has claimed there is no scam and accused the BJP of using central agencies to harass its leaders ahead of the Gujarat assembly elections. Arvind Kejriwal has claimed Mr Sisodia will be arrested soon as the BJP feels threatened by the "good work" being done by his party in Delhi, which could turn the tide in Gujarat elections.

The ED had on October 14 raided at least 25 locations in the national capital as part of its ongoing money laundering investigation into the now-scrapped Delhi Excise policy.

Chief Minister Arvind Kejriwal has accused Delhi Lieutenant Governor VK Saxena of interfering with the government's work on the behest of the BJP. Recently in Gujarat he said that Rs 4,000-5,000 crore was going to be generated from the policy, but there was a loss in revenue due to the intervention of the Lieutenant Governor.

The Central Bureau of Investigation has been investigating the matter after a go-ahead from the LG in August. Mr Sisodia, who is a prime accused in the case, which involves alleged kickbacks to political leaders by private players in exchange for liquor shop licenses, was questioned by the CBI on October 17.