Manipur Student Leader Charged With Sedition, To Be Taken To Court 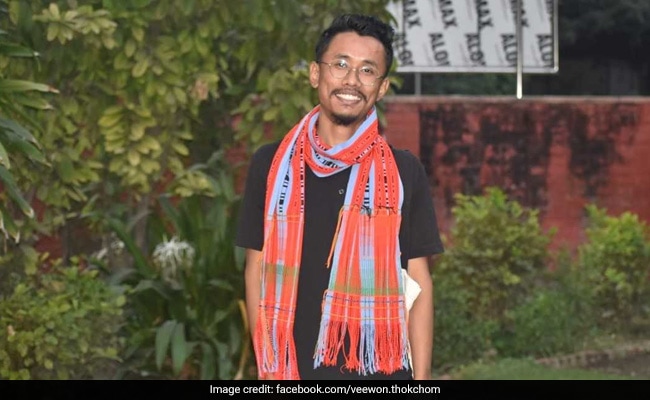 Veewom Thokchom was arrested in Delhi last week; he will be taken to Manipur

A 23-year-old student leader from Manipur who was arrested in Delhi last week on sedition charges is likely to be taken to a court in state capital Imphal on Tuesday. Veewon Thokchom's plea against his transit remand to Imphal was rejected by a court in the national capital.

On Saturday, a court in south Delhi's Saket issued a remand for Mr Thokchom's transit to Manipur, directing the police to take him to the Imphal court on or before February 19.

Mr Thokchom was a student of Ambedkar University and adviser to the Manipur Students' Union of Delhi. He was arrested on Friday last by a team of Manipur Police with the help of Delhi Police and charged with sedition for a post on Facebook on the Citizenship (Amendment) Bill.

His family said the police came to his rented home in Saket and dragged him away in front of his sister, who alleged the police did not have an arrest warrant. The police also took away his laptop and mobile phone.

His family said they don't know where the police have kept him.

Mr Veewon had helped organise a press conference in Delhi in January to condemn the arrest of Manipur journalist Kishorechandra Wangkhem, who was arrested under the National Security Act after he criticised Manipur Chief Minister N Biren Singh in a "derogatory" Facebook post.

Mr Veewon was vocal against the Citizenship (Amendment) Bill, which saw massive protests in Manipur and other states in the northeast earlier this month.