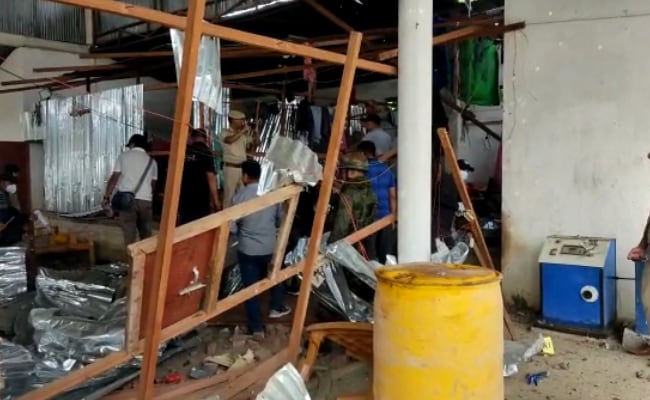 The blast took place when the workers were asleep at a community hall in Khongjom.

At least one person was killed and four others were injured after an Improvised Explosive Device (IED) exploded at a community hall in central Manipur's Thoubal district early morning on Monday, police said.

According to the police, the IED was detonated through remote control in Khongjom, seriously injuring five people before they were taken to the Thoubal district hospital where Pankaj Mahato, 21, succumbed to his injuries.

The blast took place when the workers were asleep at a community hall in Khongjom.

The others who were critically injured in the blast include Aroop Mandal, 30, Souvik Patra, 18,Aporva Mandal, 25, and Rajesh Ramaanik, 19, who belong to South 24 Parganas and other districts of West Bengal.

The five workers were engaged by a private company to construct a water tank.

Police led by senior officials rushed to the spot, 50 km south of state capital Imphal, and launched a search operation to nab the perpetrators.

"Targeting innocent workers who were working for their livelihood and developmental projects in Manipur is an act of cowardice," Chief Minister Singh told the media.

Even as the motive behind the attack remains unclear with the attackers not identified yet, the police have registered a case at Khongjom police station in connection with the incident.