The Manimahesh Lake is situated 26 km from Bharmour in Budhil valley, an important pilgrimage spot in Himachal Pradesh. 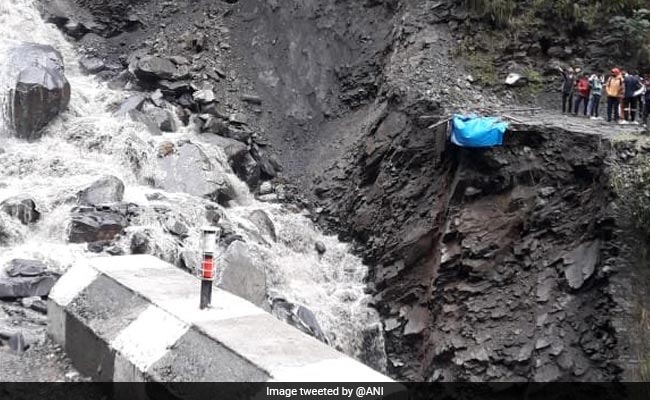 The Manimahesh Yatra in Himachal Pradesh's Chamba district has been suspended due to washing away of a bridge following rains, a police official said on Monday.

"A bridge near Bharngala Nala connecting Hudsar to Bharmour has been washed away following rains. This is the only route to Manimahesh. Efforts are being made to restore the bridge. Till then the yatra has been suspended," SP, Kangra, Vimukt Ranjan said.

He advised pilgrims not to proceed further towards Chamba/Manimahesh, till clearance from authorities concerned.

The Manimahesh Lake is situated 26 km from Bharmour in Budhil valley, an important pilgrimage spot in Himachal Pradesh. The lake is situated at an altitude of 13,000 feet. Every year during August/September thousands of pilgrims flock the lake to take a dip.