Manikarnika is being shot in Bikaner in Rajasthan. Producer Kamal Jain said the movie does not have any scene that may hurt people's sentiments 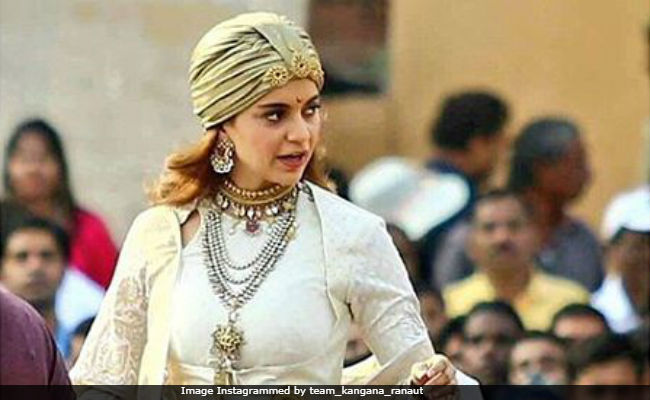 Jaipur: Kamal Jain, the producer of Manikarnika, today gave in writing to the Sarv Brahmin Mahasabha that the movie will not alter historical facts. Mr Jain, who met with the Mahasabha's chairperson Suresh Mishra in Jaipur, said he held a detailed discussion over the film.

The film's shooting is on in Bikaner in Rajasthan. The producer the movie does not have any scene that may hurt people's sentiments.

Mr Mishra said all issues have been resolved with the film producer. The movie stars Kangana Ranaut in the lead role playing Rani Laxmibai of Jhansi.

"Jain has convinced us that the film will stick to the historical facts and bring out the best of the character of Jhansi Ki Rani. Brahmano ki jeet hui hai aaj (Brahmins have won today)," he added.

Promoted
Listen to the latest songs, only on JioSaavn.com
Earlier, Mr Mishra had written to the producer, saying the film's shooting will "not be allowed in Rajasthan till the complete information on the historical ground of the story is made available".

The news about Manikarnika comes soon after Padmaavat emerged successful following a long-stretched battle with Rajput outfit Rajput Karni Sena over alleged distortion of facts -- a contention that the movie's producers had been denying since its shooting began.