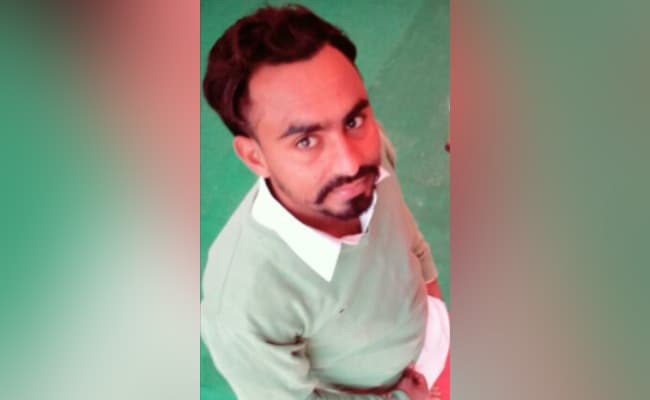 Varinder Singh Sandhu, 26, was thrashed and dragged from a car about 10 km from Chandigarh.

Chandigarh: A 26-year-old was hauled off his meal last evening by half-a-dozen men, who went on to thrash him, slash him with swords and then dragged him through the streets of Panchkula near Chandigarh, held by his ankles from the boot of a car. The men, allegedly led by the son of the local politician, left him to die a little over a kilometre away. He did, his face mutilated beyond recognition.

Haryana police say Manmeet Singh Waraich, the man at the centre of the crime, is the son of the Indian National Lok Dal councillor Gurpreet Kaur Waraich. He is a local contractor.

"We have registered a case against Waraich and others. They will be arrested soon," Anil Dhawan, Panchkula's police chief said after the victim's family and relatives blocked the Chandigarh-Panchkula road for hours to demand justice. The police later said Manpreet and one accomplice, Dilpreet, had been arrested.

The police haven't figured their motive yet. Varinder's family told the police that the two did have a tiff last year during a cricket match but thought they had settled the dispute.

Varinder and his widowed mother had shifted to Panchkula's Saketri village to live with his uncle after he lost his father; he worked in a private firm for a living.

Varinder Singh Sandhu had just settled down for a meal last evening when the accused, led by the councillor's son, Manmeet Monty - as the key accused called himself on his Facebook profile page - barged in with his friends.

Promoted
Listen to the latest songs, only on JioSaavn.com
"They dragged him out and attacked him with swords," Varinder's maternal uncle Jail Singh told reporters. Then they decided to go for the bloody ride. The men opened the car's trunk; two men parked themselves inside and held Varinder by his ankles. And they drove, police said, towards Chandigarh, the city that serves as the joint capital of two states, Haryana and Punjab.

It was on this stretch that people who went after the car found him. Varinder was taken to the Post Graduate Institute Chandigarh but it was too late to revive him. "His face was beyond recognition," his cousin Hardeep Singh said, complaining that the police took too long to act against the key accused Manpreet was a politician's son.

Reports On Migrants Going Home Due To Covid Not Correct: Northern Railway