Irshad, a resident of Bawana in outer Delhi, had reportedly gone missing since September 2 and later his body was recovered from a canal in Halalpur village of Sonipat, they said. 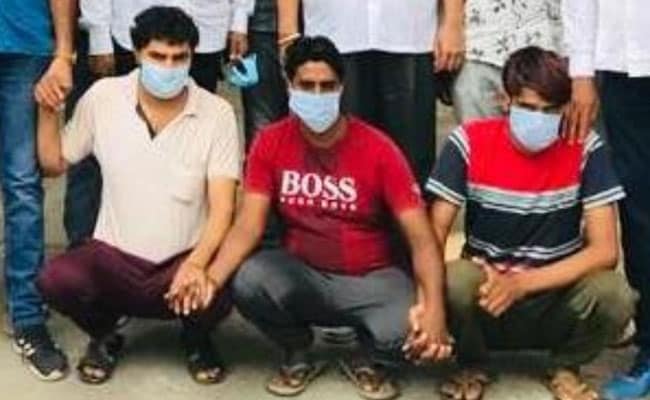 The three accused have been arrested.

Three men have been arrested for killing a 35-year old man and dumping his body in a canal in Haryana's Sonipat after he allegedly failed to pay Rs 4,000 to one of them from whom he had purchased raw meat, police said on Saturday.

Irshad, a resident of Bawana in outer Delhi, had reportedly gone missing since September 2 and later his body was recovered from a canal in Halalpur village of Sonipat, they said.

They said the matter came to light on September 11 after a complaint was lodged by the victim's wife at Narela Industrial Area police station.

In the complaint, she stated that her husband had been missing since September 2 and he was last seen with Bhanu, a resident of Sonipat in Haryana.

The case was also being investigated by a team of Anti-Human Trafficking of Crime Branch.

Police learnt that Bhanu, who was a supplier of raw meat, had been extending assistance to victim's wife in tracing Irshad since the day he went missing.

During investigation, police also came to know that Irshad had not paid Rs 4,000 to Bhanu for the raw meat he had purchased from him.

Deputy Commissioner of Police (Crime) Monika Bhardwaj said "After conducting technical surveillance and enquiring locally, our team apprehended Bhanu and his two associates on September 25 after a tip off was received about their presence at Ghoga More on the Narela-Bawana road."

During interrogation, Bhanu told the police that he had been constantly reminding Irshad to pay Rs 4,000 for the meat he had purchased from him but still he did not pay up, she said.

"In order to teach Irshad a lesson, Bhanu went to his house on September 2 in the morning and took Irshad along with him in his car. Bhanu told Irshad that if he is not in a position to pay back the outstanding amount, then he should pay it by working for him.

"He took him to a poultry farm in Narela, where the other two co-accused were also present. There Bhanu started beating Irshad with sticks. When Irshad became unconscious, he and his associates left him there and went away," the DCP said.

Irshad died due to his injuries and died. Later, Bhanu returned to the spot late at night and with the help of Pintu and Anil, dumped the body in a canal, Bhanu told police during interrogation.

The body was recovered from the canal by the local police and identified later, police said, adding the vehicle used for dumping the body has also been seized, police said.