Senior officers of the CISF and Customs were informed and the passenger was handed over to them for further action. 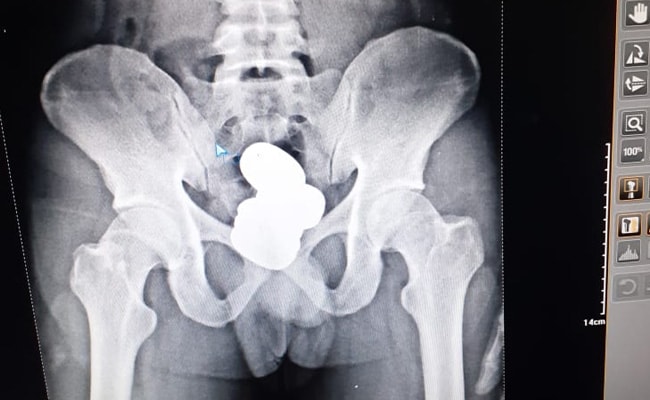 Gold paste, weighing over 900 gm and valued at approximately Rs 42 lakh, was seized by the Central Industrial Security Force (CISF) from a passenger at the Imphal Airport on Monday, the CISF said in a release. Four packets of yellow metal paste, weighing about 909.68 gm, were recovered.

CISF Sub-Inspector B Dilli noticed the presence of metal inside the rectal cavity of a passenger while frisking him, the statement said. 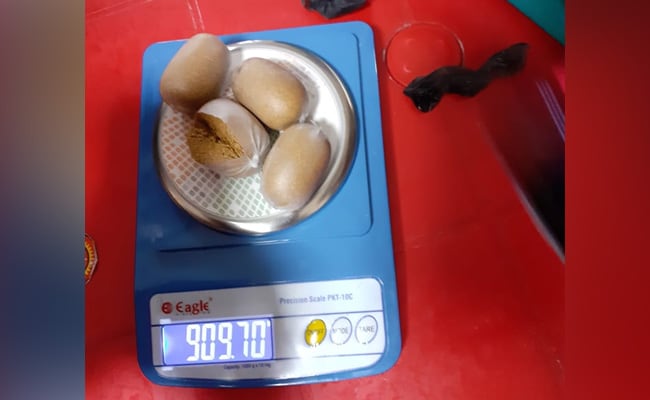 The gold paste weighing 909.7 gm was hid in four packets

The passenger, identified as Mohammed Shereef, is a resident of Kozhikode in Kerala and was scheduled to fly from Imphal to Delhi on an Air India flight at 2:40 pm. He was taken from the Security Hold Area for questioning but "could not reply satisfactorily", authorities said.

Officials then took him to the Medical Examination Room for an X-Ray of his lower body, officials said.

The report showed concealed metallic items inside his body cavity, they said. The passenger later confessed, the official statement said.

Senior officers of the CISF and Customs were informed and the passenger was handed over to them for further action.