Even Bigger This Time Around: Mamata Banerjee's Bengal Result

The West Bengal election results have been declared and Trinamool Congress has got a clear majority. Mamata Banerjee is greeted by hundreds of supporters after her massive win in the state.

Kolkata: After an acrimonious campaign that saw her party confronting allegations of corruption, Mamata Banerjee today showed her rivals just who is the "Didi" in West Bengal by scoring an even bigger margin of victory than the previous polls.

Prime Minister Narendra Modi was among the first to congratulate her on phone as her party emerged as the clear winner in trends during counting.

Spoken to @MamataOfficial ji & congratulated her on the impressive victory. My best wishes to her as she begins her 2nd term.

Speaking to NDTV, Ms Banerjee said the PM calling her was no big deal. "Phone call is customary," she said. 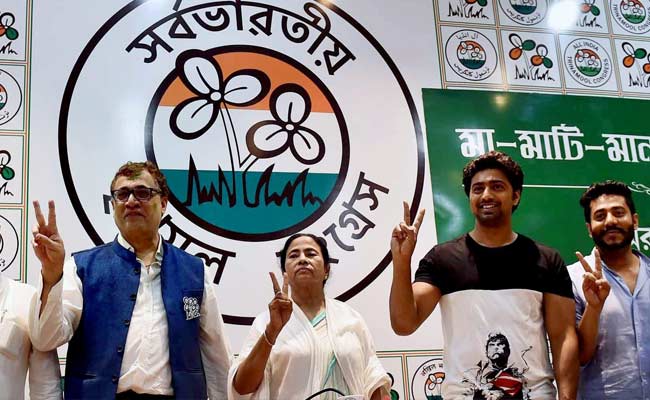 "I thank the common people of Bengal. People understood the opposition's lies," Ms Banerjee said, announcing that she would take oath on May 27. "I was personally targeted by many, slandered and vilified, voters have ignored that."

Talking to NDTV about whether the natural order of politics may move her to Delhi, possibly as a Prime Ministerial contender, Ms Banerjee said, "I am a commoner, I don't want to be more...I am not a greedy person". 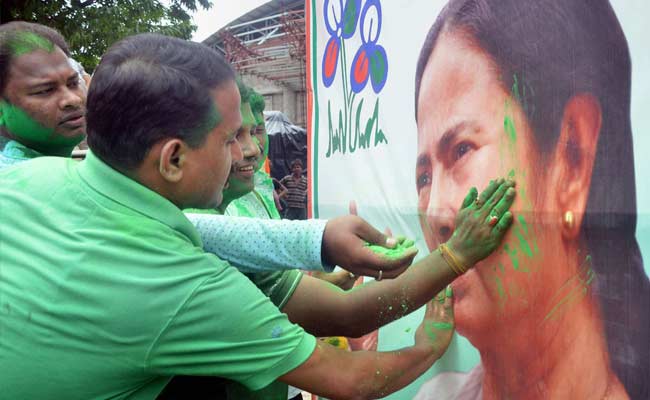 In the build-up to the polls, the Trinamool was mired in allegations of corruption, with the twin scandals of "Narada" and "Sarada" engulfing her partymen.

But the party looked set to win an even bigger majority than in 2011, when it stormed to power after ending over three decades of Left rule.

The Trinamool Congress' performance in this years Assembly elections is even better than their result in 2011.As victory seemed certain in early trends, the Chief Minister, who had avoided public appearances in the past few days, came out of her Kolkata home for the first time this morning to flash the victory sign at her supporters.

The BJP and its ally are leading in an impressive 7 seats.

Besides the prime minister, Ms Banerjee also thanked Finance Minister Arun Jaitley and Amitabh Bachchan, who had congratulated her in tweets. Outside her home in Kolkata, her supporters screamed: "Thanda, thanda cool cool, ghore ghore Trinamool (Trinamool in every home).