Mamata Banerjee to Pay Three-Day Visit to Bangladesh in February 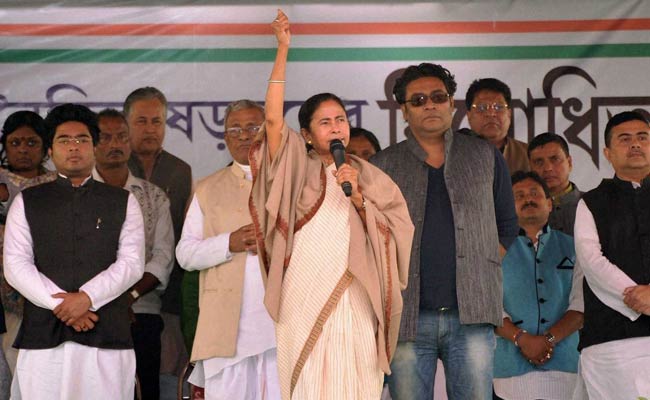 Kolkata: West Bengal Chief Minister Mamata Banerjee will undertake a three-day visit to Dhaka from February 19 to February 21 on an invitation by the Bangladesh government.

A highly-placed state government source told news agency Press Trust of India that she has accepted the invitation which reached her on Saturday. She is expected to meet Bangladesh President Mohammad Abdul Hamid and Prime Minister Sheikh Hasina.

Her visit assumes significance in the backdrop of her steadfast opposition to the Teesta water-sharing treaty between the two countries and reservation against the Land Boundary Agreement.

In 2011, the Chief Minister had backed out at the eleventh hour from the then Prime Minister Manmohan Singh's visit to Bangladesh, opposing the Teesta treaty.

Although her government has not indicated any softening of stand on Teesta, it has of late indicated that it would accept the LBA.

The source said the invitation to visit Bangladesh had come through official channels.

She would attend the programme in connection with the 'Bhasha Diwas' which is observed every year in Bangladesh on February 21 to pay tribute to language martyrs, a major event in the cultural calendar of that country.

Recently, Bangladesh Finance Minister A M Abdul Muhith on a visit to Kolkata had hoped that Ms Banerjee would visit the country soon.

Prior to that, a delegation of Bangladeshi lawmakers had also met Ms Banerjee in Kolkata.

This will be her first visit to Bangladesh since she became the Chief Minister of West Bengal in May 2011.

Promoted
Listen to the latest songs, only on JioSaavn.com
Ms Banerjee, the Trinamool Congress chairperson, had last visited Dhaka in 1998 to attend the golden jubilee celebration of the Awami League when Sheikh Hasina was the Prime Minister.

Top officials of the Bangladesh Deputy High Commission met the Chief Minister today in connection with the visit.