"In Favour Of Armed Forces, But Against PM Modi": Mamata Banerjee

She also accused Prime Minister Modi and his party of politicising the blood of the soldiers and claimed that the real factors behind the ongoing India-Pakistan tension are being hidden from people. 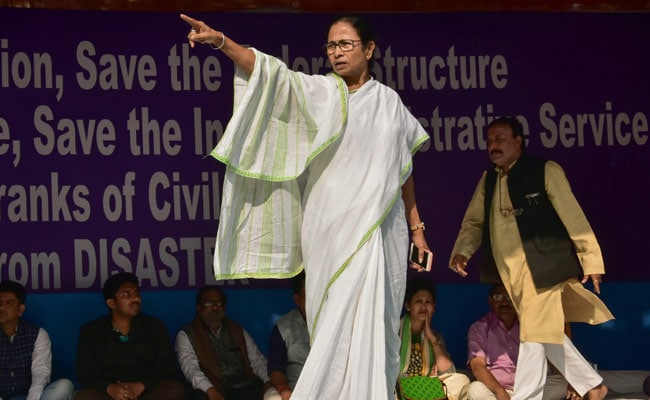 Renewing her attack on the Narendra Modi government over the Pulwama terror strike, West Bengal Chief Minister Mamata Banerjee on Tuesday said they are strongly in favour of the nation and its armed forces but against PM Modi and the BJP.

She also accused Prime Minister Modi and his party of politicising the blood of the soldiers and claimed that the real factors behind the ongoing India-Pakistan tension are being hidden from people.

"We are in favour of the nation and its people. But we are against 'Modi-babu'. He is a shame for the country. Some national channels are supporting his acts. Maybe they too are victims of circumstances," Ms Banerjee said at the state secretariat Nabanna.

"We are really sorry that the people of the nation are not able to know the facts. The real truth is being hidden from them. They can give me whatever punishment they want. I do not care. I have every right to speak as a common citizen," she said.

Reiterating her claims that the centre did nothing to protect the 40 CRPF personnel killed in the Pulwama last month, in spite of having intelligence inputs about the attack, the Trinamool Congress supremo said attempts to win elections at the cost of the soldiers' blood will not be allowed.

"Why the Pulwama incident took place in spite of the prior intelligence report about a possible terror strike? Why the blood of so many jawans were politicised? Why no attempts were made to save those people?" Ms Banerjee asked.

"Attempts to win elections at the cost of our soldiers' blood will not be allowed. Soldiers are dedicated to the nation's security. They never indulge in politics. I condemn those who are doing politics over the blood of our soldiers," she added.

A suicide attack on a CRPF convoy in Jammu and Kashmir's Pulwama killed 40 CRPF personnel on February 14. Pakistan-based terror outfit Jaish-e-Mohammed had claimed responsibility for the attack.

The Bengal Chief Minister had previously questioned the success of Indian Air Force's retaliatory air strike on a JeM training camp in Balakot, across the Line of Control on February 26.