Mamata Banerjee said she was being targetted by the Centre as she was the only one pointing out the "lies" spoken by the Narendra Modi government. 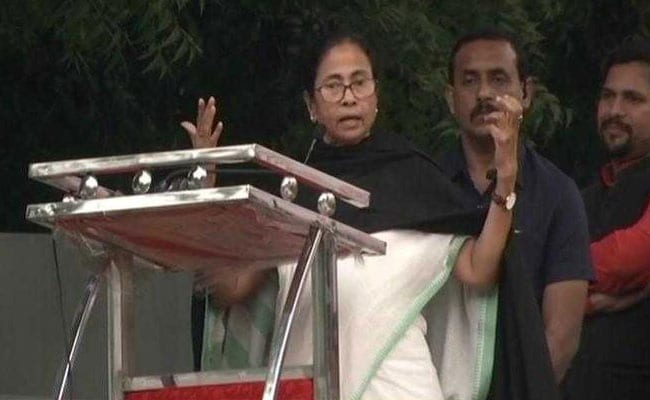 Mamata Banerjee said her party, the Trinamool Congress, will win all 42 seats in Bengal.

Bengal Chief Minister Mamata Banerjee today turned up the volume for a sharp takedown of the Narendra Modi government, saying it has "ruined the country, the economy, foreign policy and the institutions, generated hate between people, fake social network,  fake news... Everything is a lie. " Ms Banerjee said she was being targetted by the Centre as she was the only one pointing it out.

"Two brothers Jagai and Madhai are running the country. People who are rioters," Ms Banerjee said. Jagai and Madhai were brothers, anti-socials who became reformed characters after coming in touch with 16th Century mystic Sri Chaitanya.

"If we could get end 34-year rule of CPM, we can get rid of the five-year-old Modi government," she added.

The Bengal Chief Minister also alleged that the Centre had prior knowledge of the Pulwama terror attack and questioned where Prime Minister Narendra Modi was at the time of the attack. Forty security men died on February 14 as a suicide bomber of Jaish-e Mohammad drove an RDX-filled vehicle into a 78-vehicle convoy of the CRPF.

The Congress has alleged that PM Modi was at the Corbett National Park for the shooting of a film and did not hurry back even when he got information about the terror attack. The government has denied the allegations.

Ms Banerjee questioned why the 2,500 CRPF men were not airlifted and instead, allowed to travel in a convoy without "proper sanitisation and naka-checking" of the route.